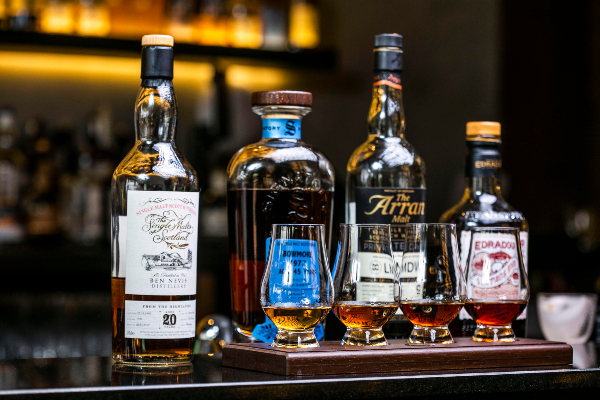 It is a lengthy, back-breaking expedition to cover on foot and yet, the Way of St. James attracts thousands of pilgrims every year

The weight of a sizeable knapsack has wrung out nagging shoulder aches. Persistent walking across parched plains and undulating Galician hills has, too, brought upon gnarly blisters that formed at the feet. The body is weary, and the spirit flickers like volatile flame.

But they say, with every climb comes a view.

The final destination at Cape Finisterre and its gripping scene of snarling Atlantic waves that fling against the rocky peninsula serve as a deserving reward for the those who conquered Spain’s Camino de Santiago pilgrimage route – an expedition to attempt on another day as our 16-seater, four-wheel ride pull up at the entrance of the outpost, also known to be The End of the World.

Galicia, the spiritual side of Spain

While Madrid and Barcelona easily consume visitors with their cosmopolitan lifestyle and attractions, the cities’ homeland of Spain is more diverse than you’d imagine. The alternative side of the epic country in question is Galicia, a place where souls are stirred, and  globetrotting is taken almost literally.

Galicia comes imbued with its rich Celtic culture, breathtaking Atlantic coastline, and possibly the best seafood in Europe.  But most famous is the capital, Santiago de Compostela aka the final destination of the international Camino de Santiago pilgrimage.

It is in September when we visited the Santiago after an hour plus-connecting flight from Madrid. At 1pm, the climate peaks at 24 degrees celsius, coupled with sporadic gusts of wind.  A hot day, our local tour guide comments, or air-con weather to any dweller of the Southeast Asian islands.

Santiago de Compostela, the finale of the famed pilgrimage

Lightly populated is Santiago with only 90,000 inhabitants, out of which 30,000 are students. Even so, the city is a far cry from a sleepy state with numerous places of interest such as boutiques, market places, and eateries for your midday chocolate con churros.

In fact, Santiago frequently sees a steady stream of pilgrims from all over the world, all taking their last steps to Santiago de Compostela Cathedral, the concluding stop of the aforementioned famed pilgrimage.

From our accommodation of Compostela Hotel, we trek, or should we say stroll, a good fifteen-minute worth of the estimated 1000-kilometre pilgrimage to the religious structure.

It is to the glory of Saint Santiago, or St James, that Santiago de Compostela Cathedral began its contruction in 1075, and carried on throughout the 12th century. The building has all the trappings of a historical, man-made wonder, reflected by the differing architectural styles including Romanesque, Gothic, Baroque, Plateresque and Neoclassical. Within lies more stories to tell in the form of gleaming altars made of gold, intricate hand-painted murals and sacred rituals that stood the test of time. One in particular is the Pórtico de la Gloria, a stunning 200-figure sculptural ensemble that depict some apostles, saints, Jesus, and dramatic scenes from the Bible.

As expected, the cathedral grounds is swarming with visitors. Some cooling off on gelato-topped wafer cones, while others cling on to hiking poles, which we immediately labelled as pilgrims.

A myriad of expressions shone on the faces of these pilgrims – we can only observe, but cannot feel the same intense euphoria that has descended upon these persistent travellers. Cheers and and loud sighs of relief are heard from travelling groups, hugs and hi-fives are given out, and there is an abundance of selfies. Elsewhere, a lone wolf reclines on his bulky backpack and poignantly looks on Santiago de Compostela Cathedral.

Pushing on to Cape Finisterre

While the city of the saint was decreed the official end of Camino de Santiago by the church, Cape Finisterre is historically recorded to be the last stopover of the pilgrimage. And it’s indeed a fitting end to a long, treacherous journey at a place not only deemed the End of the World, but also…, well,one, geographically, can’t walk any further.

It takes another three days to hike up to the rock-bound peninsula, but in our case, only a couple of hours by bus.

The scene at Finisterre mirrors that of Santiago de Compostela Cathedral: Tourists arriving in droves, backpack-touting pilgrims clocking in their final steps, and a phenomenal view – this time, it is natural splendour of endless waters and skies.

With strong ocean winds that almost rock us back on our heels, we gaze out from the rocky peninsula jabs and empathise the ignorance of those who thought the world ended at the dissecting horizon.

Other unmissable spots along the way

Unbeknownst to some, there is a way to discover the famous hike without roughing it out.

Many travelling agencies are offering packages that take you through the Camino, while including visits to castles and churches, refueling at top-notch restaurants, and sleepovers in boutique hotels. The essence of the pilgrimage – long-distance walking, solitary reflection and the ever-changing countryside – is still retained, just that you skip the less interesting places and your luggage is hauled from place to place on a vehicle.

For us, we only covered an estimated three-kilometre stretch of the entire Camino, setting off from a little town called Portomarín, where many pilgrims are seen to stop and recuperate, and the only interesting landmark is the church fortress of San Nicolás.

Like Portomarin, Camino is punctuated with numerous attractions that offer a cultural enrichment in the mission of self-discovery.

Monastery of St Julian of Samos

There is the tiny mountain village of O Cebreiro that doubles up as a pilgrimage resting stop, and a heritage site, featuring the unique mountain dwellings of pallozas only found in the region of Galicia. Head on down the route and you’ll find yourself at the ancient Monastery of St Julian of Samos, built in the sixth century. Entry to the monastery grounds is only permitted during guided tours, which takes place every hour.

For the religious origins of Camino is Catholicism, copious amount of cathedral visits is unavoidable. In Muxia, Shrine de Barca proves to be memorable where the religious site faces the sea and is blanketed with ‘magical’ stones. Built in the 12th century, Baroque-style church was erected in honour of Virgin Mary, who was said to arrive in this region to help Saint James convert locals.

On that note, consider us converts

Dedicating a month of walking a 1000-kilometre pilgrimage is one that may never make it at the top of our bucket list. But we still like the idea of it: Casting aside the humdrum of life and surrendering yourself to the melancholy relations of the oceans and the heavens. You let your legs carry you, and you walk, and walk, and walk till divine deliverance descends. But alas, that is for another time.

Weekender would like to thank Spain Tourism Board for making this trip possible.