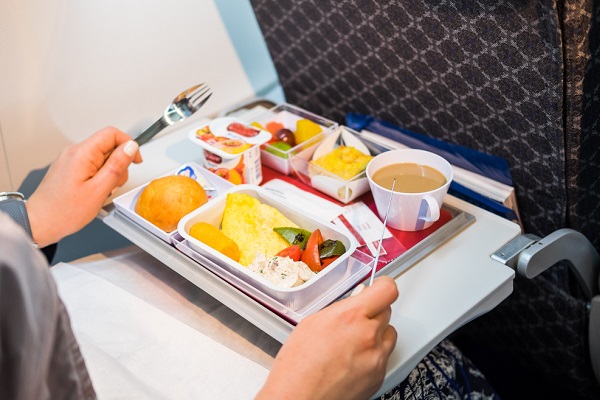 5 Tricks To Get More Bang For Your Budget Flight

From sandboarding to soaking in an onsen (hot spring) tub carved from trunks of thousand-year-old trees, I explore the Tokushima, Iya, Tottori, and Hyogo prefectures in the Kansai region and highlight some of Japan’s favourite destinations at home.

My journey begins with a direct flight from Singapore to Kansai International Airport (KIX), about 500km south of Tokyo.

One of the World’s Largest Whirlpools

My first stop was in Japan’s fourth-largest island, Shikoku, where Tokushima is located. En route, we stopped by the Onaruto Bridge to see one of the world’s largest whirlpools.

These natural whirlpools in the strait between the Kii Channel and Harima-nada Sea occur because of changing tidal currents, causing swirling waves spanning over 20m in diameter!

You can view the whirlpools from the Uzu No Michi Walkway of the Onaruto Bridge, 45m above sea level, through tempered glass floors. They take place four times a day, with every changing tide, so please inquire in advance for the day of your visit. (www.uzonomichi.jp)

As a signature of Tokushima, the Awa Odori dates back to the AD 1500s, celebrating the newly-built Tokushima Castle. The dance is characterised by irregular steps, as though inebriated, while chanting in a festive, upbeat manner, “It’s a fool who dances and a fool who watches! If both are fools, you might as well have fun dancing!”

Although the annual Awa Odori festival takes place city wide from Aug 12 to 15, involving all residents, the dance is performed daily at the Awa Odori Kaikan Hall by professional dance troupes. I was completely enchanted by the grace and elegance of the female dancers with their folded straw hats and beautiful costumes, with their finely-pitched voices lilting jovially.

It’s a rare sight to see tradition in such a captivating and engaging encounter.

Our final destination for the day was at Kyokokunoyuyado Obokekyo Mannaka, an onsen hotel. This quaint hotel is situated on the side of a gorge slightly above the flowing river. The town is so quiet that one can hear the rushing water downstream.

We took a sightseeing boat ride down the emerald green Yoshino River, located five minutes from the hotel, to see the full foliage of the ravine and the distinctive limestone rock formations. The best time to come is during autumn, when leaves explode with yellows and orange hues.

The day ended with a night’s stay at the Hotel Obokekyo Mannaka with their sulphur hot spring baths and full Japanese dinner and breakfast. It’s a charming hotel with exceptional hospitality and service.

For me, the best part of the Obokekyo Mannaka experience was their dinner and breakfast. We feasted on sumptuous Japanese sushi and sashimi, pickled mountain vegetables and grilled local fish from the gorge. It was the best I’ve ever tasted. See the sidebar for more on the meal. (www.mannaka.co.jp)

The next day, we journeyed to the Iya Valley, a short distance away. It is a remote and mountainous region with narrow winding roads.

Historically, it was a place of refuge for some of the defeated warriors in the 12th Century. These days, Iya offers refuge of a different type.

Retreating into a Refuge of Luxury

For those seeking refuge from stress, you can spend the night at Nanoyado Hotel Iya Onsen. Perched high on a steep slope, Iya Onsen has rooms with outdoor hot tubs and balconies with spectacular views of the valley.

It has a private cable car which takes guests 170m below the hotel, to the source of the hot spring. Carved out of the hillside, and yards from the Iya River, it offers privacy and exclusivity, for the discerning few who are seeking meditation and relaxation. (www.iyaonsen.co.jp)

Peeing into the Valley

A few minutes’ walk from Iya Onsen Hotel is the iconic “Statue of the Peeing Boy”, which depicts a naked boy perched on the cliff, urinating into the ravine.

According to lore, travellers would climb upon this cliff and pee into the valley as a testament of their bravery. Though the display of bravery is no longer popular, the statue now serves as an iconic marker for the breathtaking views of the ravine below.

Another attraction in Iya is the Kazurabashi Bridge. According to local legend, a samurai constructed the vine bridge across the Iya River as an escape route during a battle. If they needed to flee, they would cross the bridge and chop the vines to prevent the enemy from pursuing. Well, that’s the story, and it certainly sounds exciting.

The bridge stretches 14m above the river, spans 45m and is visited by many tourists trying to get on. It’s still made of vines attached to large cedar trees, and rickety floor boards with large gaping gaps, but there’s been one modern improvement – reinforced steel cables hidden in the structure!

These are just among the many examples of the attractions that await tourists willing to explore more of Japan’s wonders in the Kansai region.

In next week’s article, I will share more about Japan’s onsen custom and highlight some unusual attractions such as the sand dunes of Tottori as well as Japan’s latest attraction: The Harry Potter Pavilion at Universal Studios Japan.

When in Japan, do as the Japanese do. Indulge in the onsen’s inclusive dinner and breakfast experience. For the Japanese, onsen dining is a display of artistic experience as each dish is presented as a work of art.

Much of the ingredients come from the local market and are absolutely fresh. We were served specialty dishes such as smoked Awa chicken, Naruto sweet potato, grilled river fish “Amego”, and pork and vegetable hot pot.

A signature Tokushima ramen served with raw egg on top, the locals typically have both the ramen and a bowl of rice topped with another raw egg. This is comfort food at its best. (www.uma-e.net/ramen/2659)

Made mostly of buckwheat and with less gluten, the texture is less chewy and more brittle compared to the average soba.

The perfect place to have Iya’s favourite soba is at Iya Bijin, where you can have soba and traditionally-grilled salt-encrusted fish. (Iyabijin.jp/soba)