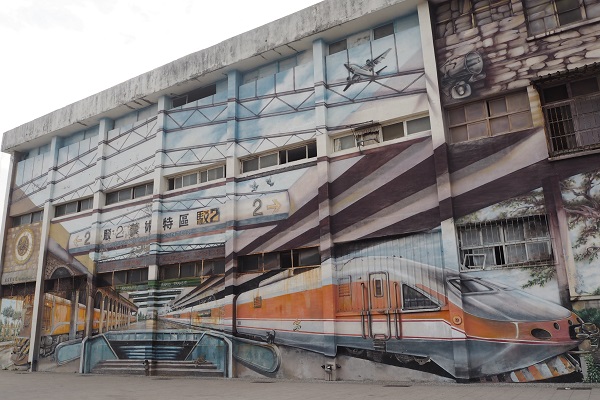 If you love mountains, adventure, and great views, you’re going to love what the Dolomite Mountains have in store for you – if you dare to scale the heights.

This towering mountain range in northeastern Italy forms a southern corner along the Alps, with its sheer rock face rising dramatically. At first glance, its steep cliffs look completely unwelcoming even to expert mountaineers. But they are, in fact, safe for anyone to scale.

The mountains are fitted with a Via Ferrata – or iron path – that runs throughout the bumps and ridges of the rocky range.

For lovers of mountain-climbing, it’s a must-do; and for the rest of us, the unparalleled view of the magnificent Southern Alps is one that cannot be passed up.

The Via Ferrata consists of several features to aid climbers in their ascent. For the most part, it is lined by heavy steel cables. With mountaineering gear, you can latch onto these cords and safely roam the summits.

Metal and reinforced wooden bridges link the Dolomites, so climbers can hook onto their railings and, almost literally, walk across on air.

The best part is that the Via Ferrata snakes through the entire range, helping climbers reach even the most secluded peaks. Also, with the metal rungs drilled into mountain sides, you can scale the sheer vertical surfaces like one of the cliff-climbing goats.

The Dolomites stretch out to more than 90,000 acres, lined by over 130 Via Ferratas, and boast a blend of interesting sights to look out for.

The Eastern Dolomites are where most of the Via Ferratas are concentrated, linking the stunning heights of Sentiero Bochette Alte and the Via delle Bocchette Centrali. The Lagazuoi Tunnels in this area are a remnant from World War I to keep an eye out for.

The Western Dolomites feature the smaller but equally magnificent Brenta Dolomites. This is home to the most popular route: the Via Ferrata Ivano Dibona.

This path takes you through the remarkable Monte Cristallo Ridge and several WWI ruins. If you’re tired from the trekking, you can rest on two different ski lift rides and stop for a meal and accommodation at a famous lodge.

The surface of the Dolomites is a harsh, gleaming white beauty at higher altitudes. However, in the lower terrains, you will find a sudden contrast. Rolling green fields blanket the base of the mountains, dotted by quaint little villages.

Village by the Peaks

Like a pristine snow globe, time seems to have stopped in these charming towns. Many of them, especially the Ladin-speaking ones, still preserve remnants of their Roman-colonial culture from the 1st Century. Ladin is a group of northern Italian dialects.

In fact, many marks of WWI battles between Italy and the falling Austro-Hungarian Empire can still be seen in these lands. Trenches, dugouts and other relics line the Via Ferrata, and Cinque Torri houses a spectacular open-air museum where some of the most heated battles occurred.

You’ll also want to look out for the Tyrolean steeple, an onion-domed tower streaking as high as the looming mountains.

It’s a truly fascinating climb where gripping sights can be found not only at the mountaintops, but also nestled within the walls of dolomite.

Which path should I take?

Anyone can climb the Dolomites, even without experience. However, it’s important to consider a few things before you set off.

Some Via Ferratas are merely a walk in the park (or mountain), and can be enjoyed by all ages and abilities. Others, however, require more stamina and equipment.

You can consult one of the common rating systems used for Via Ferrata climbing: the Fletcher/Smith Rating System or the Hofler/Werner Rating System.

If you register with the official itineraries, all your equipment will be provided. This includes a harness, rope, karabiners and a helmet. Light, flexible hiking shoes and fingerless gloves are your best friends.

Why pick the Via Ferrata at the Dolomites? Unlike most Via Ferratas around the world, which were built for tourism, these iron paths are actual fittings that were constructed for WWI.

It’s like walking through an open-air museum, except high up on a magnificent peak with an incomparable view.