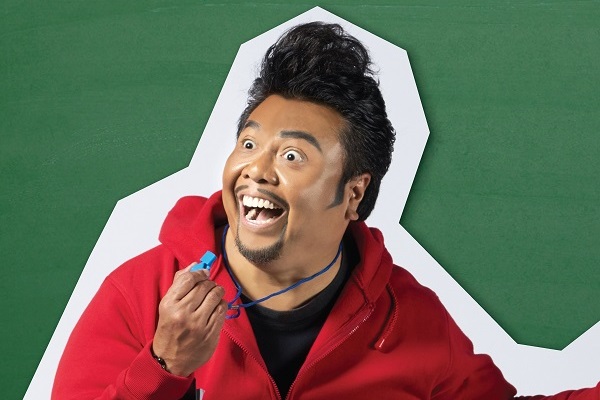 These beautiful places are on the edge of extinction, so grab your chance to visit them before they vanish

With the advent of climate change and waves of development works around the globe, a number of spectacular wonders are on the verge of vanishing.

Earlier this year, it was reported that the Northern Lights will be fading for the next decade due to its natural cycle. Other destinations like the Maldives, Venice and the Dead Sea face extinction largely due to rising sea levels in the wake of increasing global temperatures.

Besides these widely-reported places, we take a look at other sights in the world that are in danger of disappearing and at what you can do to appreciate them responsibly — possibly even help to prolong their life spans.

Due to hotels in nearby Siem Reap sapping water from underground, the foundation on which Angkor Wat sits is increasingly destabilised.

The intricate and majestic temples of Angkor form the largest religious monuments in the world, but all may soon be lost due to sinking.

This is not the monument’s first brush with destruction. Construction on the temples began in the early-9th century, and took nearly 400 years to complete. Through the centuries, the historical site has suffered at the hands of war
and conflict.

Reports suggest that the slew of hotels in nearby Siem Reap cashing in on Angkor’s growing tourist traffic is sapping gallons of water from beneath the ground, destabilising the delicate foundations on which Angkor Wat sits.

This could lead to parts of the temples — including the famed carvings of celestial nymphs — sinking into the ground.

What you can do: Other than being respectful of the monument and following its restrictions, there are small ways in which we can be more mindful. Take care of your bag as it could brush against the carvings and bas reliefs, and beware of buying temple objects of unknown origin. Looting is a large factor contributing to diminishing archaeological sites.

You can also help to reduce damage to the water table of Angkor Wat by conserving your water usage within Siem Reap. Try out environmentally-friendly transport, such as bicycles, electric bikes or horse-drawn carts in the park.

A third, or about 2,000km, of the ancient Great Wall of China has disappeared due to natural erosion, vandalism and lack of maintenance.

This formidable fortress once built to defend a nation is crumbling. The Beijing Times reported last year that a third, or about 2,000km, of the ancient stronghold has disappeared due to natural erosion, vandalism and lack of maintenance.

About 8,000km of the structure, dating from the Ming Dynasty between the 14th and 17th centuries, is considered by some to be the “original” Great Wall. Of this portion, only 8.2 per cent remains in good condition.

The situation could worsen as there are insufficient efforts in place to preserve what remains. The Chinese government has enforced stricter laws against vandalism and implemented funds for protection, restoration and maintenance.

What you can do: Individuals can do their part by refraining from littering and adding graffiti, as well as removing trash to keep the wall pristine. Beware of purchasing artefacts of unknown origin, as looting is a known occurrence.

About three per cent or 1m of ice thickness of Alpine glacial ice is lost per year due to climate change.

The Alps are considered one of the most famous skiing spots in the world and, unfortunately, they are disappearing. Around three per cent — about 1m of ice thickness — of Alpine glacial ice is lost per year due to climate change.

Glacial melting is a normal occurrence due to changes in the Earth’s orbit but the Alps are vanishing at an alarmingly amplified rate. It has been reported that with the exception of some high-altitude sites in the French, Swiss and Italian Alps, the glaciers could vanish by 2050.

Before a bulk of the Alpine region is gone forever, take a trip to this beautiful skiing retreat and experience its majesty.

What you can do: Use public transport while you’re there, such as the train or bus. The Swiss are also big on local produce and products, which are readily available in supermarkets.

You can also reduce your carbon footprint by not buying bottled water, and separating your waste whenever possible.

Also read: These Boho Lodges Let You Play With Wolves and Bathe Elephants

Wedding Cake Rock in New South Wales may crumble into the Tasman Sea in the next decade, due to its unstable foundation and vandalism. (Photo: Philip Terry Graham / Wikimedia Commons)

This limestone rock formation, also known as White Rock, has attracted national and global attention for its blazing white and angular façade, thrown into stark relief against the blue waves of the Tasman Sea crashing onto shore.

Located in the Royal National Park in New South Wales, Australia, Wedding Cake Rock saw a sudden increase in popularity last year. This spike in visitors has exposed the rock, which is suspended 25m above sea level, to instability and vandalism.

As such, it has been closed off from public access since May 2015. Despite this, visitors continue to flock onto the rock, further compromising the stability of the formation.

The New South Wales National Parks and Wildlife Service has estimated that the rock will collapse into the Tasman Sea within the next 10 years.

What you can do: If you hope to visit Wedding Cake Rock before it crumbles, consider it a beauty to be admired only from afar — behind the barriers, to be exact.

The National Trust for Historic Preservation has deemed the Grand Canyon to be “at risk of destruction or irreparable damage” due to increased mining and tourist resort developments in the area.

One of America’s most iconic attractions, the Grand Canyon, was listed in June 2015 among 11 of the country’s most endangered historic places by the US National Trust for Historic Preservation.

The National Trust deemed the Grand Canyon to be “at risk of destruction or irreparable damage” due to increased developments ranging from uranium mining to tourist resorts.

This could lead to the destruction of significant portions of the Grand Canyon and its main water source.

What you can do: The National Park Service website recommends making a donation through the park’s official non-profit partner, the Grand Canyon Association.

Tourists can also consider volunteering in the Volunteers In Parks program, which has special projects where you can help out with picking litter or painting, for example, for just a few hours.

An archipelago of around 115 islands in the Indian Ocean, Seychelles is at risk of being submerged in the next 50 to 100 years.

Like the Maldives, the idyllic Seychelles is at risk of being submerged in the next 50 to 100 years.

Seychelles comprises around 115 islands off the Indian Ocean, and is adored for its beaches, coral reefs, nature reserves and rare wildlife, such as giant Aldabra tortoises. Sadly, the archipelago has been seeing a devastating coral die-off in the past few years, and is in more danger from beach erosion.

What you can do: Don’t just be tempted by its postcard-perfect beaches and luxury villas; there is much more to these islands that you should experience before they are gone.

Eco-tourism is a big deal in the Seychelles, where you can go on jungle walks, boat excursions, snorkelling and diving trips, marine park tours and even get up close to endemic species at nature reserves.

On top of opulent villas, the country also has plenty of self-catering facilities and family-run guesthouses that inject more local flavour and colour into your visit.

Regardless of the countries or places we are visiting, it’s always a good idea to find out how to practise responsible tourism, in a bid to preserve the formations or the culture of the place for future generations to come.

A version of this article appeared in the print edition of Weekender, Issue 149, April 1 – April 14, 2016, with the headline ‘6 places to visit before they vanish’.