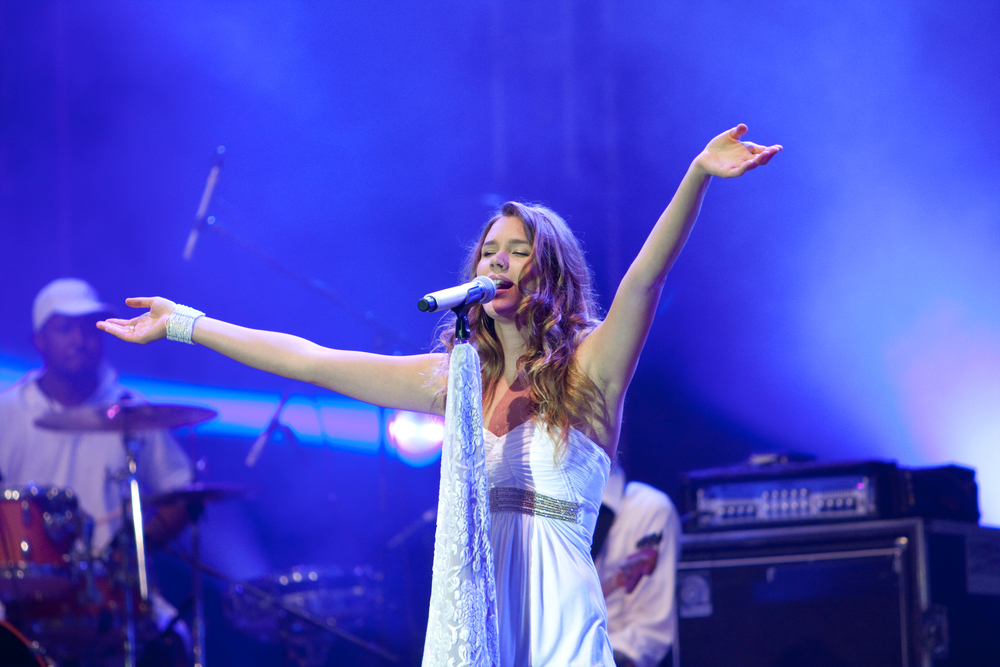 Pamelyn will be starring in the upcoming action-thriller “Burn”. (Photo: Burn)

Best known for her roles in “Point Of Entry” and HBO Asia’s first drama series “Serangoon Road”, Pamelyn Chee is a familiar face in the local film industry.

In fact, the dedicated actress will be doing away with stunt doubles for her choreographed fight scenes in the upcoming action-thriller “Burn”.

While her talent and acting chops are indisputable, you may not know that she’s also an avid photographer too — one of her iPhone-shot photos won an international photography award.

We chatted with the charismatic Pamelyn and got her to share her tech recommendations and favourite apps.

Hi, Pamelyn! What have you been busy with lately?

I’ve been stepping up on my physical training in preparation for ‘”Burn’’, by going for Bikram yoga five times a week and Muay Thai (Thai boxing) three times a week.

We are not using stunt doubles in the film although there will be many intricately choreographed fight scenes. Plus, all the guys in the film like (actor-producer) Luke Lee and (actor) Paul Foster look like they have a six-pack painted on — I can’t lag too far behind!

The dedicated actress will be doing away with stunt doubles for her choreographed fight scenes in “Burn”.

What was the first gadget you purchased with your own money?

A Tamogochi which “died” in 5 days. I was devastated.

How has social media changed your life?

Live tweets during shows have really changed the dynamics between actors and their fans. There’s instant feedback!

What’s one thing readers might not know about you?

I am a photographer and I shoot primarily with my phones. This picture (main photo) I took with my iPhone won a prize at one of the biggest international photo competitions, “Travel Photographer Of The Year”. It will be exhibited in the museum of London this summer.

What are some things you like about today’s digital world?

The level of photography has exploded with Instagram and all these amazing photo apps — you no longer need a proper camera to take good pictures. It’s democratic and takes the snobbery out of photography.

Your favourite app is…

Snapseed! It’s the most intuitive and comprehensive photo-editing app ever.

How would you describe your level of expertise?

What are some gadgets you can’t live without now?

I use an iPhone 6S, a HTC one m9, an iPad mini, a kindle, and a zoom mic attachment.

What are some travel-related apps or gadgets you consider essential?

Timebuddy is my top travel app. It has a graph which shows the time difference between countries, so it saves you the hassle of calculating, especially when you are jetlagged.

Tayasui is great for endless doodling on the iPad while I’m on the plane. It’s the best way to kill time with no Wifi.

I also like Audible for when I am too tired to read. I only started to appreciate audiobooks after I moved to LA — getting stuck in traffic is no longer a waste of time!

If there’s one tech invention in your wish list, what would it be and why?

A 256gb iPhone. Mine is full of photographs and uploading them onto iCloud is even more inconvenient than scrolling through the entire photo library on the phone.

Where and when can we next see you on screen?

I recently starred in Kelvin Tong’s “The Faith of Anna Waters”. Also, Singapore’s first action-thriller “Burn” will be out in the cinemas in 2017, so follow us at fb.com/burnmovieofficial. We constantly add new titbits about the upcoming movie!

A version of this article appeared in the print edition of Weekender, Issue 158, August 5 – August 18, 2016, with the headline ‘Pamelyn Chee: “I’m obsessive about photography”’.