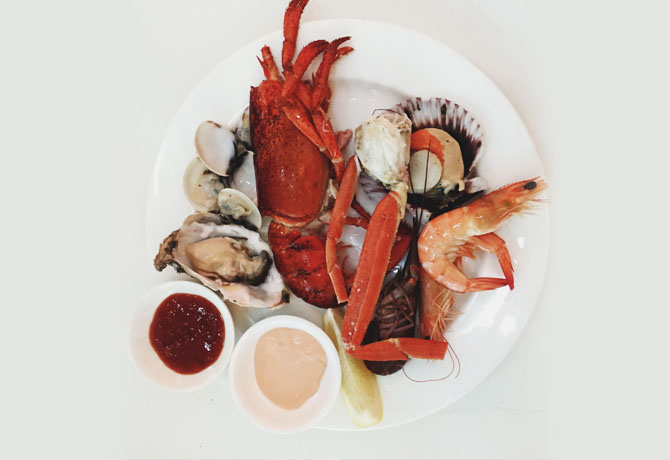 5 ways to make your food photos stand out on Instagram

A year after The Force Awakens’ release, Star Wars fans are in for another treat

The Rebel Alliance bands together to steal the design schematics of the Empire’s new superweapon, the Death Star.

Rogue One: A Star Wars Story follows a group of unlikely heroes who band together for one seemingly impossible mission: Steal the design schematics of the Empire’s new superweapon, the Death Star.

This key event in the Star Wars timeline brings together ordinary people who take the chance to do extraordinary things, setting off a chain of events that lead to the Star Wars universe as we know it.

Also read: A Star Wars Rogue One Exhibition Is Now At VivoCity

Familiar faces in the Rebel Alliance include Felicity Jones as Jyn Erso, Donnie Yen as blind warrior Chirrut Îmwe and Forest Whitaker as Saw Gerrera, a veteran of the Clone Wars.

Felicity Jones plays the protagonist Jyn Erso, who becomes a key player in the Rebel Alliance.

Original Star Wars creator George Lucas had previously received criticism for his copious use of computer-generated imagery (CGI) in Episodes I to III of the Star Wars prequel trilogy.

This time, Rogue One director Gareth Edwards did not head down the same path as his predecessor. In fact, he invited Lucas onto the set of Rogue One for some feedback, but didn’t necessary take heed.

Edwards shares, “[Lucas] joked a lot about how we should do more in the computer, and not build so much — we didn’t take his advice. We tried to shoot as much in-camera as possible.”

Director Orson Krennic (Ben Mendelsohn) oversees the security at the construction of the Death Star.

Just how much of the set was actually built to scale? According to leading star Jones, the level of detail not only filled the frame, but stretched even beyond the cameras. She says, “We had these sets with tiny little buttons that would light up when you pressed them, and screens full of graphics, and it really felt like you were driving a spaceship. You’ll be 2m away from where the action is, but there’ll be a little detail there just in case the camera catches it.”

This level of detail made filming “magical” for Jones, as it reached such a huge scale that she was “being thrown around in a spaceship that’s on a really high gimbal and it’s rocking from side to side and then you and your cast mates are all hanging on to each other… It’s brilliant”.

K-2SO is a reprogrammed Imperial security droid with a humorously blunt and direct personality.

Aside from its impressive set, here’s another nugget that viewers can look forward to. K-2SO — also known as Kay-Tuesso or Kaytoo — is a former Imperial security droid that has been reprogrammed to serve the Rebel Alliance. His likeness to the Imperial droids makes him the perfect spy, but what will tickle you is his deadpan and brutal honesty.

Unlike the friendly C-3PO, R2D2 and BB-8, K-2SO’s reprogramming gives him a wry personality. His actor, Alan Tudyk, says, “If you know any old people, he’s like that; he just says whatever he thinks. It was really great to play him.”

Donnie Yen stars as blind warrior Chirrut Îmwe, who is recruited into the Rebel Alliance.

Also making an anticipated appearance is action star Yen, who is known for his popular Ip Man films. Does this mean that viewers can expect some martial arts choreographed into Rogue One?

Yen explains, “The focus isn’t on my martial-arts ability but my ability as an actor. But there are still scenes to satisfy the martial-arts fans.” Still, he reveals that he was initially cautious about his role, not wanting to simply be the film’s gateway into the Chinese market.

Needless to say, he was sold on his role. He shares, “I play one of the characters who is connected with the Force. It’s a big deal being the first Chinese actor asked to play a prominent role in a Star Wars film. That means a lot.”

A version of this article appeared in the print edition of Weekender, Issue 167, December 9 – December 22, 2016, with the headline ‘Going Rogue’.