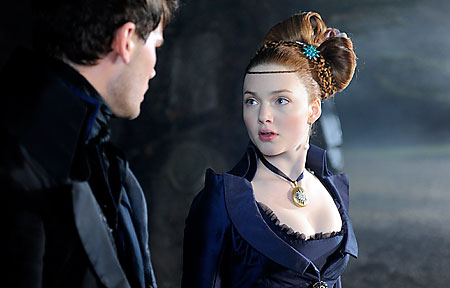 Our top picks for movies, TV shows and live performances in May

From Garry Marshall, the director of Pretty Woman, Mother’s Day has an all-star cast featuring the likes of Jennifer Aniston, Kate Hudson and Julia Roberts among others. The heartwarming comedy is our pick to watch with your mum in May.

Starring heartthrobs Ryan Gosling and Russel Crowe, this detective comedy is set in 1977 and follows the duo as they look for Amelia, the daughter of a rich businesswoman.

After his resurrection, Apocalypse, the first mutant recruits Magneto (Michael Fassbender) and other mutants to raise a new world order.

An HBO original movie, All The Way follows from its award-winning Broadway run to your screen. The film stars Bryan Cranston reprising his Tony Award-winning role as President Lyndon B. Johnson during his tumultuous first year in office in the wake of President Kennedy’s assassination.

Celebrate the start of the June Holidays by catching everyone’s favourite birds in action. Red (Jason Sudeikis) has to save the rest of the birds from the annoying green pigs in this family friendly movie that will chirp you up.

1. Keeping Up With The Kardashians, May 3

Love them or hate them, the Kardashians are back for a 12 season. Watch how Khloé struggles with Lamar’s recovery, how Kendall juggles her booming modeling career with family time and the struggle of Kylie’s lip kit launch.

Every foodie needs to watch this Netflix series that follows world-renown chefs, showing how they source and create their brilliant restaurant menus.

3. The Flower In Prison

Fans of Korean period dramas should look out for The Flower In Prison coming out on Viu this May. The plot follows a girl from the Joseon Dynasty era who was born in prison.

For one night only, Grease star Olivia Newton John will be taking the stage at Marina Bay Sands’ Mastercard Theatres.

For a few weeks in May, the Singapore Chinese Film Festival is organising film screenings and events focusing on award-winning Chinese films.

The alternative indie band is coming to Singapore to perform songs from their ht album, “Little Talks” and “My Head Is An Animal”.

The 2011 X Factor winners have sold over 7 million records, had two UK No.1 singles and two platinum albums ‘DNA’ and ‘Salute’. We can’t seem to get them out of our hair.

After months of eager anticipation, fans will finally be able to catch Cameron Mackintosh’s Les Misérables at the end of the month.