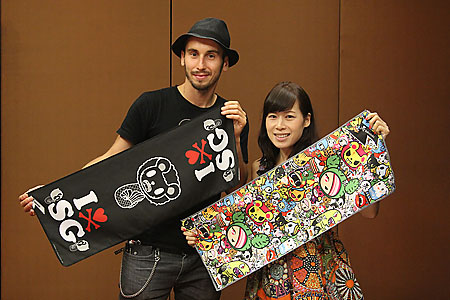 The happiest person in the world

Horror knows no time, or at least, that’s what Jordan Peele seems to think. While we were celebrating a merry Christmas Day, he released the trailer for his new horror movie Us. And it’s super creepy.

One-half of the hit comedy series Key & Peele, Peele had a bit of a year in 2017, writing and directing Get Out, a ground-breaking horror movie that earned him an Oscar. Now, he returns with a “new nightmare” that again blends horror thrills and social commentary.

To be released on 15 March 2019, Us is an original monster movie. Peele shared that he wanted to “create a new horror movie mythology,” and shifted the focus of this movie away from race, unlike Get Out. “It’s about something that I feel has become an undeniable truth,” he explained. “And that is the simple fact that we are our own worst enemy.”

Are you ready to watch the trailer? Brace yourselves…

Us sees another Marvel pair reuniting – Black Panther co-stars Lupita Nyong’o and Winston Duke play Adelaide and Gabe Wilson, a married couple with two children. The Wilson family is spending a summer vacation at their beach house and everything is going fine, until they encounter a few creepy figures who… look like them?!

Evil doppelgängers, creepy kids, people dripping in blood and clutching scissors… it sure sounds like a terrifying nightmare we never want to experience in real life.

More than just scares to get your heart racing, the movie digs deep into our fears and inner demons. Fans are already coming up with some theories, including how Us might be connected to Get Out.

We’ll be honest; we’re really spooked by the trailer. Thankfully, we have a few months to prepare ourselves to have our minds blown once more by the mastery of Jordan Peele.