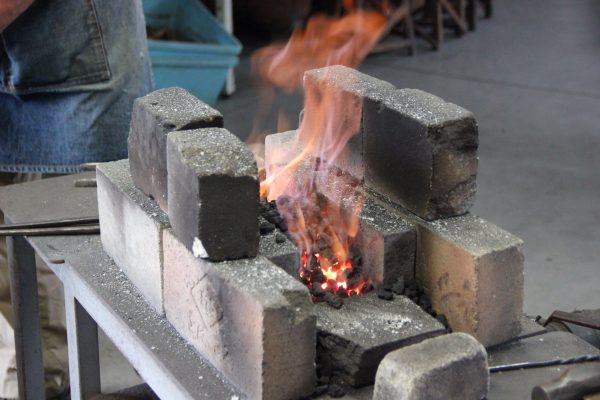 Explore Tsubame-Sanjo, The Home Of Metalworking

A smexy Cinderella story for the modern world

The highly anticipated novel from the author of The Kiss Quotient uses a few romance tropes – it is essentially a Cinderella story with a mail-order bride premise. Yet they do not feel cliche but refreshing, with much thanks to Helen Hoang’s effort to make her story inclusive.

Mỹ, a mixed-race Vietnamese woman working as a cleaner in Ho Chi Minh City, crosses paths with a wealthy Vietnamese American woman who is searching for a bride for her son Khai. Khai, who is autistic, has never been in a romantic relationship before, always holding himself back from getting intimate with another person because he is convinced that he is incapable of love. His family knows otherwise, believing he just needs to meet the right person to discover his own way of loving. Hoping Mỹ would be that person, Khai’s mother sends her to San Francisco to seduce Khai and get him to marry her. The catch is, she only has a few months over the summer to do so, or she would have to leave the US.

The romance that ensues between Khai and Mỹ (who takes on the English name Esme when she arrives in the United States) is quite predictable. There’s an almost instant attraction between them when they first meet, a lust that makes Khai very uneasy. You might not want to read The Bride Test in public; there are plenty of steamy sex scenes that might make you blush!

But the novel is also more than just a sexy romance. It deals with a number of timely and serious real-world issues, such as immigration (in the US), biracial identity, the clash of cultures, cross-class relationships and autism.

Esme agrees to Khai’s mother’s strange proposal not simply to benefit herself, but to give her whole family – which includes her young daughter, her mother and her grandmother – a chance at a better life. “Just do it. Do whatever you have to. It’s America, Mỹ,” Esme’s mother tells her. They are searching for the American Dream – if Esme marries Khai, she would receive a green card for her and her family. Alternatively, Esme could find her father, whom she has never met in her life, in California and get herself a green card through family. There’s still another way, as Esme realises she could study and apply for a college in the US, which would grant her a student visa. This last option fuels a fierce determination and independence in Esme.

As Hoang does not go deep into examining the problems of the American Dream, so it does feel like the second romance in the story. Careful readers might pick up the subtle hints about how the immigrant experience differs across race and class, but we wish Hoang could have spent more time on highlighting such systemic exclusions from success in the US, and not risk glorifying the American Dream.

What the novel does delve into deeper is how it’s like to grow up with autism. We appreciate the author, who is also on the autism spectrum herself, sharing with readers an experience that is so close to her and that rarely gets represented in the media. Hoang also got sensitivity readers to offer alternate perspectives on the diverse representation in the novel and ensure it feels authentic and does not play to harmful stereotypes. We learn how Khai dislikes being touched and needs to be touched a certain way. We also go inside his thoughts and feelings, and get to know how he processes emotions and reactions differently from most neurotypical people. There’s no big show that comes with it, and the simple treatment of Khai’s autism reminds us that people with autism are not “abnormal.” And we re-discover along with Khai what it means to love.

Hoang’s sensitive exploring of these underrepresented experiences will stay with us more than the romance, which progressed a little too fast and predictably for our taste. Fans of romance novels should definitely still give The Bride Test a read, though. It is refreshing to read a sweet, sexy and light-hearted romance that features Asian main characters – because goodness knows we see ourselves in too many heavy and sad stories – and further dives into their intersectional class and neurological differences.

The Bride Test is now available at bookstores. We’d like to thank Times Distribution for sending us an advanced reader’s copy in exchange for an honest review.