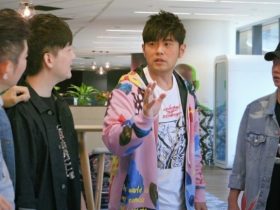 What happens when a master criminal turns himself in with the promise to help capture the world’s most elusive of his kind?

Never trust a criminal… until you have to.

Here is the US Fall season’s most buzzed-about drama series. AXN brings to Asia the electrifying suspense thriller “The Blacklist”, which tops the must-watch list of TV shows in 2013.

One of the FBI’s Most Wanted fugitives for decades, he had brokered shadowy deals for criminals across the globe and was known as “The Concierge of Crime”.

“He’s a bad guy who relishes it, and enjoys it, and embraces it wholly,” explained Spader of his role as Red, the assured, worldly and knowing criminal mastermind.

“(Red’s) criminal activity was on an international basis. From country to country, dealing with nation-states, dealing with organisation, political organisation. He’s a businessman and his business is crime,” said Spader.

Now, Red has mysteriously surrendered to the FBI with an explosive offer: He will help nail the “blacklist” of politicians, mobsters, spies and international terrorists that he has compiled over the years. But that is under the condition that he speaks only to Elizabeth “Liz” Keen (Megan Boone of “Law & Order: Los Angeles”), an FBI profiler fresh out of the bureau’s academy in Quantico.

The situation baffles FBI agent Donald Ressler (Diego Klattenhoff of “Homeland”), who tracked Red without success for years, and FBI assistant director Harold Cooper (Harry Lennix of Man of Steel), who has no choice but to rely on Liz.

What is Red’s real agenda? Why has he chosen Liz, whom he has seemingly no connection to? Does Liz have secrets of her own? What about her husband, Tom Keen (Ryan Eggold of Daybreak and “90210”), who seems to be caught in the midst of it all?

With the critically-acclaimed James Spader starring as master criminal Raymond “Red” Reddington, brace for an edge-of-your-seat blockbuster suspense thriller that unravels the world’s most elusive perpetrators of crime and terror in “The Blacklist”, only on AXN.