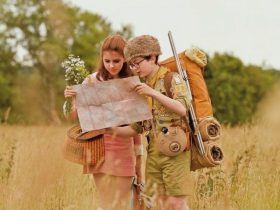 #WhatToWatch: 10 Most Romantic Movies Will Put You in the Mood for Love

In a mythical New York, where miracles, winged horses and other supernatural forces of good and evil exist, a thief has a chance encounter with a ravishing redhead, who only has days to live.

Jessica Brown Findlay, who starred as Lady Sybil Branson in “Downton Abbey”, is both stunning and stellar as Beverly Penn, the sheltered yet strong-willed young lady who is terminally-stricken with a deadly form of “consumption”.

While Beverly is in the bath, Peter Lake (played by Colin Farrell) attempts to burgle the house and its safe, not realising there is someone home. Farrell is believable and likeable as Peter, though one suspects it wasn’t too complex a role, including with him speaking in his natural Irish accent.

Peter is stopped in his tracks as he is taken in by her beauty and personality and becomes determined to save her, even though he is on the run from the shadowy Pearly (Russell Crowe). Pearly is nothing short of demonic [literally] and diabolical, and is unflinching in his pursuit of vengeance against Peter.

With various twists and developments, often preternatural, and as the thread of interconnecting incidences begin to unravel, the scene is set for a climactic tussle between good and evil, and the redemptive power of miracles and hope in love.

One can’t help but wonder if writer-turned-director Akiva Goldsman’s work on the popular Sci-Fi TV series, “Fringe”, has influenced this film. “Fringe” fans will also recognise Kevin Corrigan, who played Sam Weiss in the series.

One notable appearance is that of Eva Marie Saint, who starred in On the Waterfront opposite the legendary Marlon Brando and was one of the famous “Hitchcock blondes”. She starred with Cary Grant in North by Northwest – one of the Master of Suspense’s greatest films.

Will Smith as the enigmatic “Judge” is amusing. Following Men in Black 3 and After Earth, this role is much less prominent. Moreover, Smith doesn’t appear sufficiently diabolical or convincing in the role.

While the plot and dialogue could be better, Winter’s Tale is beautiful, stirring and intriguing. It might even spark hope in those who’re experiencing a winter in love.

This review was possible thanks to Golden Village.