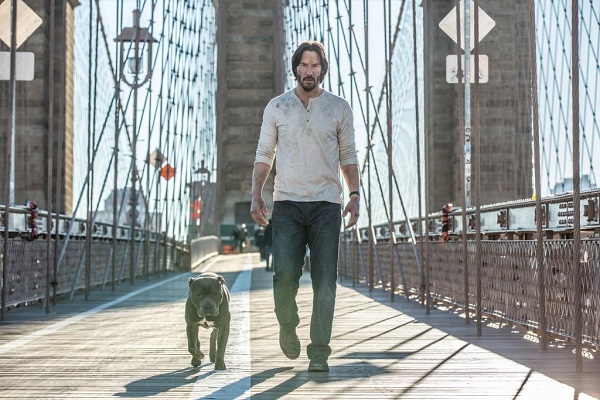 John Wick’s Back For Plenty Of Wicked Action

“You need a minnow to catch a barracuda, and a barracuda to catch a shark.” – the late Philip Seymour Hoffman puts on a riveting show in his last major role

A half-Chechen, half-Russian torture victim resurfaces in the Islamic community of Hamburg and lays claim to his father’s ill-gotten fortune.

Both Germany and the USA’s secret agencies race against the clock to unmask the true identity of the most wanted man – be it an oppressed victim or a destruction-bent extremist.

A Minnow to Catch a Barracuda…

As the group of German intelligence agents led by Gunter Bachmann (Philip Seymour Hoffman) look deeper into the mysterious resurfacing of this man, they identify him as Issa Karpov, an escaped jihadist militant. But a part of Bachmann believes in the innocence of Issa Karpov and wants to use him as a means to hunt down the true criminals residing in the Islamic community.

In a game of crazy chess with lives and professional reputations at stake, Bachmann and his team race against the clock to find out who Issa really is, and what his intentions for resurfacing really are, while simultaneously uncovering the dirty work of Germany and the USA.

Earlier this year the talented Philip Seymour Hoffman, star of various films such as Capote, and the Hunger Games: Catching Fire and Mockingjay, passed away from accidental acute mixed drug intoxication, making his major role in A Most Wanted Man his final gift in an incredible legacy.

The Academy award winner boasts many other awards in his illustrious career, in a variety of roles as an insufferable antagonist, witty anti-hero and even unintended scene-stealer.

The greatest showcases of Hoffman’s brilliance lay in his diversity. Said director Anton Corbijn, “I could not believe that the guy sitting next to me was the same person as the one on screen.”

Corbijn is renowned for having directed various U2 and Depeche Mode music videos. This is only his third full-length feature film, yet he has long won critical acclaim.

The Team of Spies

Philip Seymour Hoffman raises the bar to a new level, even when measured against his unparalleled heights. He also leads a group of amazing cast members in his last hurrah.

Be sure not to miss what many are calling the most exciting spy-thriller film of the year, and Philip Seymour Hoffman’s last big hurrah.