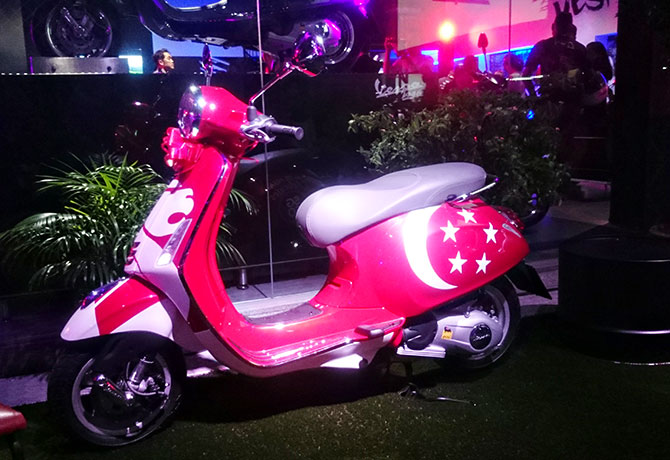 Here’s how you can catch the much-anticipated sequel to Crouching Tiger, Hidden Dragon in Singapore

Some 15 years after internationally-acclaimed Crouching Tiger, Hidden Dragon was released in cinemas, fans
of the epic martial arts film will finally get to enjoy another instalment with big action stars.

However, this time, you won’t be heading to cinemas to catch the action.

This much-anticipated sequel, titled Sword of Destiny, will not be shown in cinemas in Singapore. It will only be aired via the new Netflix service here, on Feb 26.

Also read: How to get 9 months of Netflix for free

This comes after the decision by Netflix and The Weinstein Company’s producer, Harvey Weinstein, to release Sword of Destiny only on Netflix and in selected IMAX theatres around the world.

Instead of veteran actor Chow Yun Fatt from the first film, Sword of Destiny stars Donnie Yen as a new lead, Si Mengzhao (aka Silent Wolf).

Not only has Sword of Destiny’s limited release flown under the radar in Singapore, its storyline has also been kept tightly under wraps. Movie database website IMDb simply states: “A story of lost love, young love, a legendary sword and one last opportunity at redemption”.

Also read: Zhang Ziyi: Relationships should be about giving each other space

Jason Scott Lee, who starred as Bruce Lee in the biopic, Dragon (1993), and Eugenia Yuan, whose mother, silver screen legend Cheng Pei-Pei, starred in the first film, also appear in Sword of Destiny.

Will Crouching Tiger, Hidden Dragon: Sword of Destiny be a smash hit like its award-winning predecessor? With missing stars and such a limited release, it might hurt its prospects.

Crouching Tiger, Hidden Dragon: Sword of Destiny will be released on Feb 26 on Netflix Singapore.