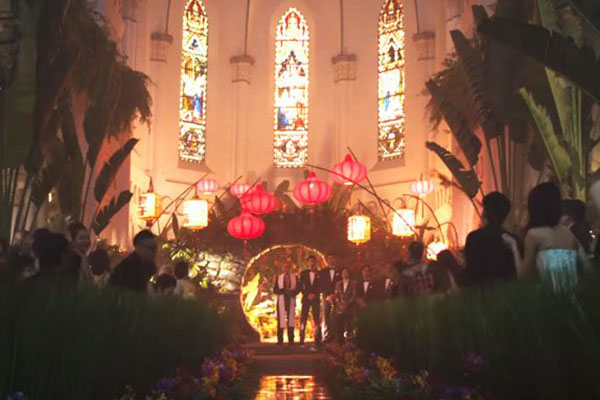 It’s the year 2014, yet we still can’t time-travel or teleport. So some movies might have been a little off with their guesses, but don’t lose faith! These amazing technologies might just be a few years – or a few light years – away.

In the meantime, we ponder over at what the future looks like according to some famous movies, and what you would need to survive in them.

From animal invasions to hunting humans for sport, these worlds are actually pretty crazy. Are you ready for the future?

What wouldn’t we give to reverse the most embarrassing moments of our lives? Time travel is a privilege enjoyed by characters in movies like Back to the Future (1985 – 1990), Star Trek (2009) and Edge of Tomorrow (2014).

In these films, the heroes either travel back in time to deliver messages and save lives, or into the future out of sheer curiosity. Whatever the purpose, we feel like the technology is being used for all the wrong reasons.

I mean, why use time travel to save lives when you can use it to save yourself from long, crowded train rides?

How to survive: Bring along an Apple watch, so we can access Google Maps if we get lost while also keeping an eye on the time.

They show the human race divided by a caste system, where the elite population takes pleasure in observing the impoverished fight to the death. In some of those movies, this activity is even considered vital for peace and progress.

Would you survive in such a society? You’d have to be smart, cunning, and quick on your feet. Or just find a way into the master race, in which case your future is bright and sparkling.

How to survive: Stay low, follow instructions and make allies, not enemies. Then, when the time is right, burst out yelling for mutiny and overturn the law. Just don’t protest at a children’s charity event.

Future #3: Animals will take over

Like in the famous Planet of the Apes series, the future might see the dawn of the monkey era. But these animals are smarter and craftier than we’re used to.

We’ve heard of monkeys painting; cracking open nuts; and even using household tools like saws, hammers and nails. But are we prepared to see our hairy bipedal cousins charging about on horseback, wearing uniforms and brandishing firearms and snares?

That’s a scary prospect. This is definitely one of my least favourite post-apocalyptic scenarios!

How to survive: Spend a week home-staying in the jungle with a family of apes to study their behaviour. Or, since we’re in Singapore, maybe MacRitchie Reservoir will do.

Future #4: Everything is a lie

Science-fiction movies love to question reality. The characters often start to ask, “What’s real? Is he real? Are you real? Am I real?”

We see this in titles ranging from the classic Matrix (1999) to Aeon Flux (2005) and Oblivion (2013). In them, everything is a lie, owing to a computer-generated reality, clones or brainwashing by aliens.

I’m already starting to panic. There’s no need to wait for the future for this – what if everything right now is a lie? I think I need to lie down.

How to survive: Don’t trust everything you see, hear, or taste. Learn to discern the lies – begin practicing with TV commercials.

One of the many things we look forward to in the future is epic technological advancements, such as holograms and personal assistant robots.

Sure, it’s all fun and games for the first few years, but the movies Blade Runner (1982), I, Robot (2004) and Ultraviolet (2006) have warned us otherwise. Apparently, what we build to help us may in fact destroy us.

In some cases, like Ultraviolet, technology is even responsible for death and diseases. It sounds like a warning against rapid development. You know, not having those cool time machines might be a good thing after all.

How to survive: Be paranoid of everyone, everything, and every bot. To be safe, start plotting the murder of your vacuum.

Read our review of The Hunger Games: Mockingjay Part 1 here!