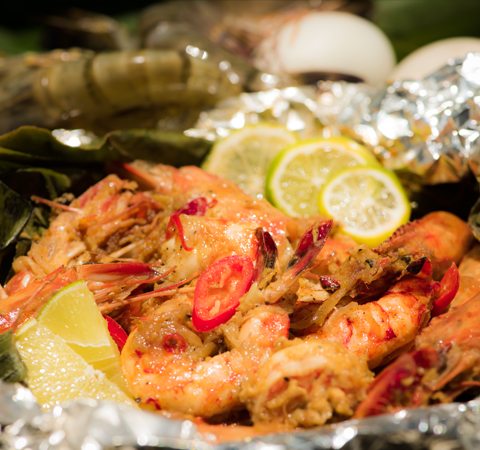 After years as an aristocrat, the former feral child, Tarzan, must return to his jungle home – this time to save it from destruction

You can take Tarzan out of the jungle, but you can’t take the jungle out of Tarzan. Years ago, the feral child — popularly known as Tarzan — left the wilderness of Africa for life in London as aristocrat John Clayton III, accompanied by his wife, Jane Porter (Margot Robbie).

But when an investigation is launched into a mining encampment in the Congo, Tarzan (Alexander Skarsgård of TV’s “True Blood”) must return to the jungle, this time as an emissary of Parliament.

Now back in his homeland, Tarzan finds his inner beast reawakening. Skarsgård said, “[Tarzan’s] holding back and slowly, as you peel off the layers, he reverts to a more animalistic state and lets that side of his personality out.”

Corrupt Belgian Captain Leon Rom (Christoph Waltz, left) is plotting his own deadly scheme of greed, which will destroy the Congo.

It’s a jungle out there, but in this case, Tarzan’s biggest enemy lurks within the herd. Corrupt Belgian Captain Leon Rom (Christoph Waltz, Inglourious Basterds) is plotting his own deadly scheme of greed and revenge, using Tarzan as a pawn.

The compelling and talented Waltz is a promising choice for Captain Rom, who is based on Belgium’s King Leopold II. Originally thought of as a philanthropist, the king colonised the Congo in the 1880s and razed its villages with mass genocide.

Joining the A-list is Pulp Fiction and Avengers star Samuel L Jackson as George Washington Williams, an ex-mercenary who teams up with Tarzan to save the Congo from Captain Rom’s treachery.

After years, Tarzan (Alexander Skarsgård) is brought back to the jungle with his wife Jane (Margot Robbie).

Also fighting by Tarzan’s side is his beloved Jane, whom Robbie portrays as “a really strong, assertive, beautifully knowledgeable [and] very sexy modern woman who can more than look after herself,” explained director David Yates, who helmed the last four Harry Potter films.

Washington Williams (Samuel L Jackson), an ex-mercenary, teams up with Tarzan to save the Congo from destruction.

To get in shape for Tarzan, Skarsgård spent four months in a gruelling training regimen before filming began. He shared that he “basically didn’t see [his] family or friends” and had to wake up at “4.30 a.m. in the morning” every day.

In fact, his fitness routine is so impressive that it spawned a six-week series of “#TarzanChallenge” training videos on YouTube, featuring Tarzan-inspired workouts created by celebrity trainers Nick Hounslow and Teri Ann Krefting.

Tarzan returns to the jungle, where new dangers and enemies await.

Teaming up with the elephants

Filmed in the vibrant wilderness of African country Gabon, The Legend of Tarzan has partnered with non-governmental organisation Stop Ivory to tackle the poaching of the endangered forest elephant.

In the last 30 years, ivory poaching has shrunk the global forest elephant population by more than 66 per cent, with half the surviving population living in Gabon’s forests. The film recruited English conservationist and documentary filmmaker Josh Ponte — who spent the last 15 years working to preserve Gabon’s wildlife — as a technical advisor.

Public service announcements (PSA) featuring Skarsgård and Robbie will be shown in theatres and on digital media. Fans can show their support by participating in Warner Bros’ Retweet for Good Twitter campaign, where the studio will make a donation to Stop Ivory with every retweet of a PSA.

Finally, you may get lucky if you catch the film — a select number of movie-goers around the world will receive a plush elephant to signify that a donation has been made by Warner Bros.

Who knows? Your ticket purchase may just help save the elephants too.

THE LEGEND OF TARZAN [PG13]