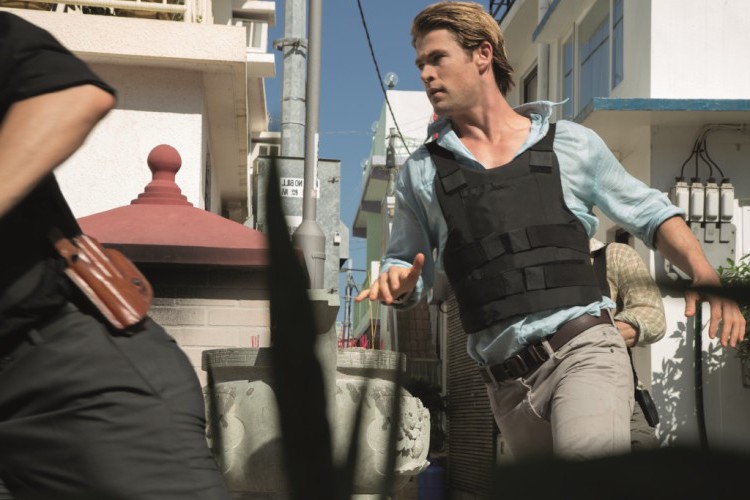 Blackhat: an insight into the Sony scandal?

He wanted to get rid of his wife, but they beat him to it

Two ex-convicts who hit it off in prison scheme to kidnap the wife of a corrupt real estate developer in Detroit to blackmail him. The target is Frank Dawson, played by Tim Robbins (of Mystic River and Shawshank Redemption).

The plan is simple – kidnap his wife and demand a ransom. Should he decide to go to the police, blackmail the man with his illegal activities. What could possibly go wrong?

Unknown to Frank’s wife and the kidnappers, Frank has just filed for divorce. What if he won’t pay the ransom?

From the Big Daddy of Crime Writers

The film Life of Crime is based on the novel The Switchby the late Elmore Leonard (who has written other novels made into films, such as 3:10 to Yuma and Jackie Brown). Director Daniel Schechter hails the writer’s talent and unparalleled creativity.

“He’s ruined me for other writers who, for my money, may never match his wit, his originality and his humanity,” said Schechter.

“He’s so Dumb its Adorable”

Life of Crime exemplifies some of the best sad-sack and dark comedy in recent times, capturing awkward pauses and absurd jokes almost perfectly. Not to be mistaken for the average crime-comedy production we endure every now and then, Life of Crime is for the most part well put together and with an amazing cast.

Apart from Robbins who plays Dawson, Jennifer Anniston stars as Dawson’s wife. She certainly still is eye candy, and many will remember her sexy turn in Horrible Bosses.

The Team of Outlaws

Also starring in the film are Mos Def (also known as Yasiin Bey) and John Hawkes, who look to be an impressive team on screen. The duo is the team of Ordell Robbie and Louis Gara, the underqualified criminals attempting the kidnapping.

Mos Def is most famous for his roles in 16 Blocks and The Hitchhiker’s Guide to the Galaxy, and as Brother Sam in “Dexter”. Hawkes, meanwhile, portrayed Robert Latham in Lincoln, as well as Lennon in “Lost”.

It is also a delight to see Isla Fisher, who starred in Now You See Me and Confessions of a Shopaholic. Fisher plays Melanie, Dawson’s sexy and not-so-dumb mistress.

Life of Crime has the potential to be the most entertaining adaptation of Elmore Leonard’s work ever. It surely is a must-watch for crime-comedy fans, at least.