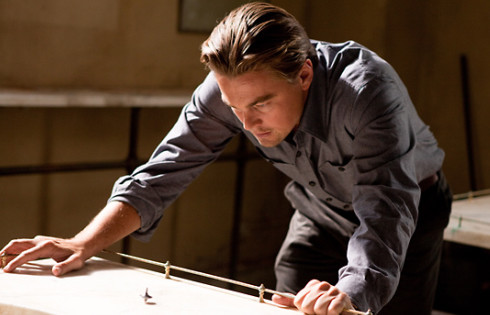 Movie moments you may have missed

Are you afraid of the bogeyman? Don’t be – it’s the Babadook you should be worried about

From the land of giant tarantulas and the danger-infested outback (Australia) comes another reign of terror. The Babadook, written and directed by first-time feature writer Jennifer Kent, tells of a widow Amelia (Essie Davis) and her problem child Samuel (Noah Wiseman) haunted by a sinister presence in their home.

Samuel’s sixth birthday is coming up, and it coincides with his father’s death anniversary. Amelia struggles to cope as Samuel’s disruptive behaviour worsens, and she finds herself breaking from the stress.

It may sound like the same overused, tired horror movie plot. But I assure you, there is nothing that previous horror films can do to prepare you for this one.

First you hear three knocks. Then a low, guttural growl, announcing the arrival of the Babadook. He stalks in the shadows; an imposing figure with long black claws and a pale face, he looks a bit like the infamous Slenderman.

But that’s not the real horror of The Babadook.

The creature itself isn’t the top scare. Instead, the movie uses subtle tactics to spook you into fear and anxiety.

There’s the dull lack of lighting inside the house that creates questionable dark corners. The camera shifts at odd angles, drags through long takes, and cuts abruptly. Then there are shapes hiding in the background that resemble the monster – I got goosebumps when I spotted them.

There are no cheap scares or screamers. The movie’s artistic direction goads you into believing there’s one creeping around the corner, keeping you on edge. In the same way the horrors may all just be in Amelia’s mind, they are also in your own imagination.

The movie particularly succeeds in taking every child’s worst fears and amplifying them to the extreme.

The Babadook is first introduced with a children’s pop-up book. It looks innocent enough, but as the pages are turned, the illustrations get more violent and menacing. It’s a fairytale come true in the worst way – the monster has come alive.

Naturally, Samuel wants to vanquish the Babadook, so he makes these really cool contraptions to protect Amelia. But not only does his mother not believe him, she also distances herself from him – to her, he’s the harbinger of her husband’s death.

The option of parental comfort is removed, and instead the mother is slowly turned into an unreliable and even threatening figure. This is a child’s worst nightmare, and in this moment, I swear we were all horrified children.

After the movie has exhausted its armoury of artistic tricks, however, The Babadook just falls flat on its face.

The over-the-top blinding white light and deafening audio in the climax are too dramatic, conflicting with the previous subtle brilliance. And while some viewers may be able to claw past this sudden change and arrive at the symbolism behind the ending, it might be too far-fetched for others.

Also, the Babadook literally falls flat on screen, and lets out a groan like a child refusing to go to bed.

Oh well, all good things must come to an end. And as the scaredy-cat I am: boy was I glad when this horrifying one ended.