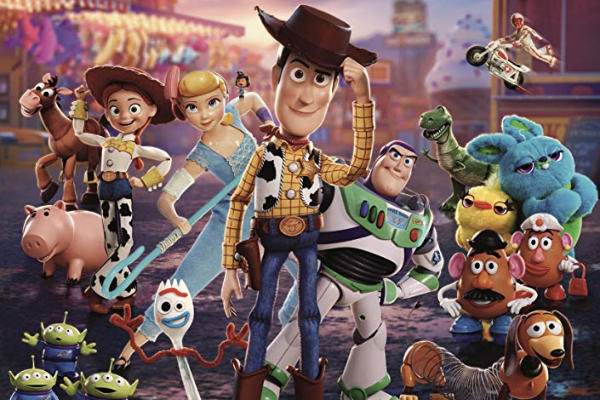 Movie Review: ‘Toy Story 4’ Is a Heart-Warming Study on Perception & Growing Up

Amidst laughs and a charming cast, the movie addresses pressing concerns

In Singapore, A Fantastic Ghost Wedding (AFGW) has a bright and comical poster, featuring a wide-eyed Sandra Ng and a wide-mouthed Mark Lee cruising in a beat-up motor vehicle.

In Hong Kong, however, it is marketed as a montage of solemn, grieving faces.

In truth, AFGW settles in the middle. Between humorous takes and pseudo-action sequences, the movie approaches the pains of death, change, and personal fears.

Despite her showers of extravagant paper products – like rows of bungalows and a commercial airplane – Mrs Wu is still haunted by her son’s unhappy spirit. To appease him, she hires a father-son spirit medium duo (Mark Lee, Keane Chan) to find him a wife.

This duo has its own moving narrative arc. While Mrs Wu grapples with grieving, the mediums struggle with their dying practices in the modern world.

Although the twists are predictable from early in the story, it’s refreshing to see a movie that unabashedly confronts pertinent issues.

AFGW combines the laudable skills of Ng, Lee and many other comedy favourites.

Ng is known for her roles in Hong Kong’s popular film series of All’s Well, Ends Well, and Golden Chicken. For AFGW, most of her dialogue is in her native Cantonese tongue, allowing for smooth delivery as the nit-picky Mrs Wu.

Accompanying her is Lee, who takes on a slightly more serious role than his usual. He toes the fine line between being a strict yet adoring father; and an eccentric yet smart business owner.

While the special effects employed in AFGW fall behind by global cinema standards, this has worked to make this film sincere and close to home.

Plus, the show doesn’t end on a sappy, conclusive note – it leaves many gaps that only serious contemplation on our part can fill.