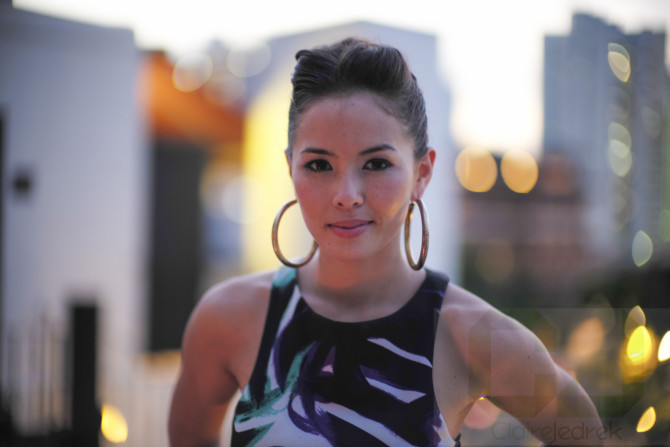 Claire Jedrek gets our hearts racing

Footballers who retire usually go into coaching. Not in the case of David Beckham, or Mr Posh Spice. Elliott Danker looks at his post-retirement plans

It’s an interesting new era in which footballers who are larger than life become owners of franchises, rather than stick with serious football.

It would seem natural for a footballer to go into coaching or management after he hangs up his boots. In the case of David Beckham, he’s decided to take up the option of owning a football club rather than moving into football management.

Remember back in 2010 when he got injured just before the World Cup, and played a glorified cheerleader role on the England bench? Pundits started speculating that perhaps he was being groomed to take a coaching role, but that never happened. Instead, he seems more likely to grow his status in popular culture by owning a franchise in Miami, USA.

Beckham was given an option to acquire a Major League Soccer (MLS) franchise at a discounted rate of $25 million, as part of his contract when he joined the Los Angeles Galaxy.

So far, the stadium has remained the key issue since it was confirmed that the MLS and Beckham were considering Miami, with the preferred choice being a 25,000-seater stadium on the waterfront.

What he needs to do now is to get funding for this stadium and, if he succeeds, we should be able to see his football club in action by 2017. But Becks cannot do it alone.

Lebron James is a two-time NBA champion and four-time league MVP (Most Valuable Player) and currently stars for the Miami Heat. In James, Becks has a superstar ally to help him launch his franchise in Miami because James himself has admitted that he has grown a great interest in soccer and even his kids love watching it.

James already owns a minor stake in Liverpool, having struck a deal with Fenway Sports Group in 2011.

Miami is No Manchester… For Now

On the same day that news emerged that David Beckham had selected Miami as the location of his planned MLS franchise, the city’s most popular sports team was having a party.

It was the opening night of the NBA season and the Miami Heat was to be presented with its championship rings from the previous season, before their match against the Chicago Bulls.

Then, critics said that Miami has terrible fans as everything was strangely muted. Although the match was sold out, there were plenty of empty seats for the ceremony.

Drawing reference to last season, during the NBA finals, the Heat supporters were roundly ridiculed across America when footage emerged of them desperately trying to get back in as their team staged an unlikely comeback in front of a half-empty Arena. The fans arrive late and leave early.

So, it definitely isn’t the same as what Becks might be used to in Manchester, or Madrid, and it may take a lot of time to get the fans in Miami to be as passionate about football, or soccer, as in Europe – a task which he has been well aware of since his LA Galaxy days.

Beckham is such a recognisable face worldwide so getting investors on board this project shouldn’t be too difficult.

In terms of turning Miami into a flourishing sports city, well, I’d say that because of the appeal of Becks, all he has to do is to have a hands-on type of owner, and to show his face and be present in the community, and you can be sure that his club will be successful.

Catch Elliott Danker on weekdays, from 10am to 2pm, on Power 98FM.