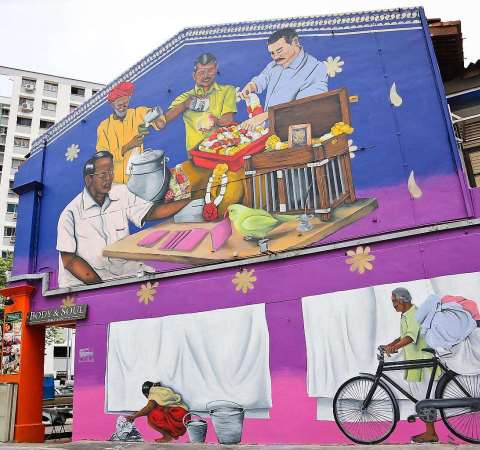 7 Local-Touristy Trails To Spend Your Weekends On

We remember those who fought and gave their lives for Singapore

Every year, Singaporeans celebrate Singapore Armed Forces Day on 1 Jul. Far from being a day where we appreciate our soldiers by rewarding them with discounts and deals, it is also a time to reflect on the progress of our nation and how we’ve achieved much thanks to their unwavering defence. These stories talk about the spirit and courage of the men and women who defend(ed) Singapore.

Giving Strength to Our Nation

Last year marked the 50th anniversary of the SAF. To commemorate this momentous achievement, this book features stories by individuals in the service. This modern collection of personal anecdotes were gathered from a diverse group of writers from all walks of life who share about their struggles and dedication to the nation.

Bukit Brown Cemetery is the largest cemetery in Singapore for the war dead and buried with them are many stories of bravery. Written by esteemed Singaporean author Catherine Lim and Claire Leow, founder of All Things Bukit Brown, “World War II @ Bukit Brown” is a collection of stories, essays and poems about the Japanese Occupation in Singapore. The stories are written from the viewpoint of the people who are buried in this cemetery and were put together based on stories shared by descendants of the deceased. Read if you want to take a closer look at Singapore’s dark past.

When British Lt-Gen Percival surrendered Singapore over to the Japanese on 15 Feb 1942, over 100,000 British, Australian and Indian citizens became Japanese prisoners of war and were subject to torture and death. Award-winning journalist Colin Smith tells their stories by piecing material from various sources. Together, it tells a terrifying tale of Singapore’s fall amidst acts of cowardice, heroism and compassion.

For fans of fiction, “My Mother-in Law’s Son” by Josephine Chia follows the story of Swee Gek, a Peranakan woman living in Singapore after the Japanese Occupation. The story is a revealing one of how people struggled to rebuild their lives after the war. It also provides fresh perspective on how the devastation impacted civilians — especially women — who did not have much of a voice in the 1940s, serving as a timely reminder of how far Singapore has come.

A version of this article appeared in the print edition of Weekender, Issue 155, June 24 – July 7, 2016, with the headline ‘More than just war stories’.