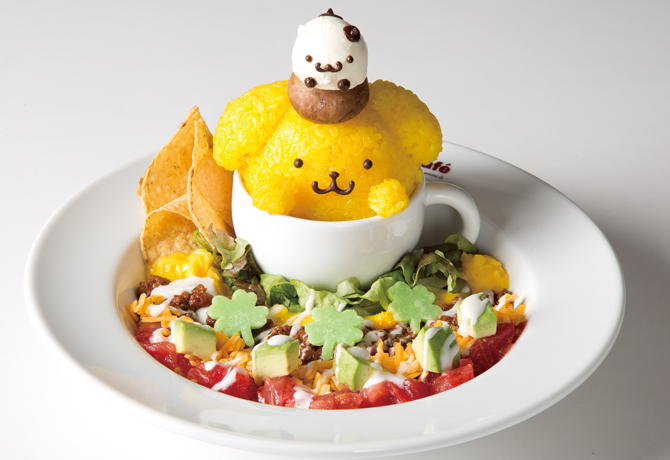 6 Adorable Items To Order At The Pompompurin Cafe

Things are about to get meteoric with the universe’s favourite ragtag team of intergalactic rangers.

Set against the all-new sonic backdrop of “Awesome Mixtape #2”, Guardians of the Galaxy Vol 2 continues the adventures of Peter Quill (played by Chris Pratt) and team, who find themselves traversing the outer reaches of the cosmos.

Those who caught the first movie would undoubtedly be curious about Quill, aka Star-Lord, a human who was abducted and raised by the Ravagers, an alien gang of mercenaries.

What are Quill’s true origins? Will he, like in the original Marvel comics, be only half-human? And how many Awesome Mixtapes does he have?

As they begin to unravel the mystery of Quill’s true parentage, the Guardians face tribulations that threaten to tear their newfound family apart. Old foes become new allies, and familiar characters from the comics come to the heroes’ aid.

If you’re itching to find out more, here’s a fun fact: Actor Kurt Russell, who starred in The Hateful Eight, The Thing and the recent Fast and Furious 8, appears as Quill’s long-lost father.

Another mystery man to look out for is guest star Sylvester Stallone, icon of hyper-masculine hits like the Rocky series, The Expendables and Rambo.

His surprise appearance in Guardians 2 comes highly anticipated, as he and Russell are known for their 1989 buddy-cop movie Tango & Cash.

Side stars steal the show

In the first movie, one-line wonder Groot stole the hearts of many fond fans with his adorably monotonous catchphrase, “I am Groot.” Just when we thought he couldn’t get any more lovable, in comes his reincarnation: Baby Groot. (Can we hear an “aww”?)

We caught an early screening of Guardians 2, and indeed, Baby Groot (voiced again by Vin Diesel) makes his adorable presence felt with his dewy-eyed innocence and carefree — albeit at times clueless — antics.

However, the other characters aren’t about to lose out. Having us in uproarious laughter is bumbling brute Drax the Destroyer (Dave Bautista), also the hilarious less-than-smooth talker.

Ravager captain Yondu Udonta (Michael Rooker) makes a comeback that had us in tears and newcomer Mantis (Pom Klementieff) took us quite quickly from creepy to cute territory.

When you’ve got a whole crew of tough-talking troopers gunning for the spotlight, you know you’re in for a good time. No complaints there — the viewer is the real winner.

Tip: Hold on to your popcorn! Stay for the entire credit roll, as we counted a total of five post-credit scenes within the credit lines.