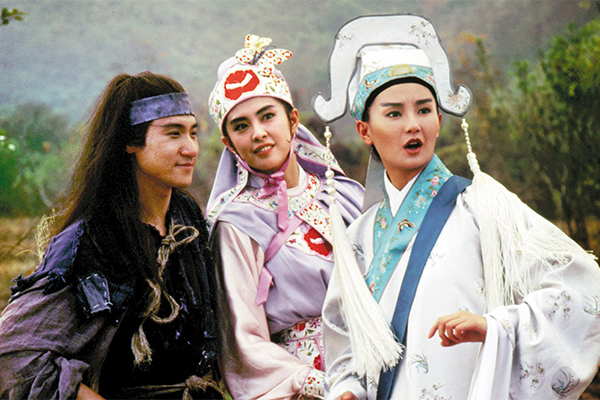 More than just a love story, the legend of Meng Jiang Nu is fraught in feudal oppression and loyalty

Jean Tay, one of Singapore’s most prolific writers, will be bringing her version of Meng Jiang Nu’s tale to the stage in The Great Wall Musical: One Woman’s Journey from 14 to 30 July at the Drama Center Theatre.

With an international creative team and cast featuring the likes of Australian director Darren Yap, composer David Shrubsole, West-End talent Jeon Na-Young and local actors George Chan and Nathan Hartono, it seems like there is a lot to look forward to.

The story goes that Meng Jiang Nu, whose husband was conscripted to build The Great Wall and died in the process, managed to cry down a part of the wall to look for his remains.

From here, the variations and adaptations run wild; from her committing suicide by jumping off The Great Wall into the ocean to floating away into the sea on her husband’s coffin.

Jean and Grace decided that Meng Jiang Nu, a symbol against oppression, was a strong woman protagonist who deserved to have her story told.

At that time, the Arab Springs protest and uprisings also helped to contextualise the play’s political undertones.

Jean said, “There was something more to Meng Jiang Nu. It was really similar to that story of the vegetable seller who set himself on fire in protest, which set off a whole chain of reaction which brought down the government. The idea of a single woman being able to stand up to authority and make a difference is very empowering.”

The journey has barely started

According to Jean, this is a particularly exciting time for the musical, which will finally come to fruition in a month’s time.

The play, which has gone through so many drafts and arguments over lines, will be staged this July.

Not wanting to rush the process, Jean is making sure that every aspect is perfect before proceeding.

There is no harm in wanting to get to the top fast, but from her experience, Jean says that the script will speak for itself.

And most of the time, it could have done with a few more months of refining if you write for the sake of writing.

Jean leaves us with one last advice. “Perseverance. Honestly 10 years ago, I couldn’t have imagined this amount of talent and professionalism in our local theatre scene. But it takes time for people to grow and some things cannot be rushed.”

The metaphor of Meng Jiang Nu ironically reflects in Jean Tay herself — she’s making a difference in her own little ways in the theatre scene.

The Great Wall: One Woman’s Journey will be running at the Drama Centre Theatre from 14 – 30 Jul. Tickets available via Sistic