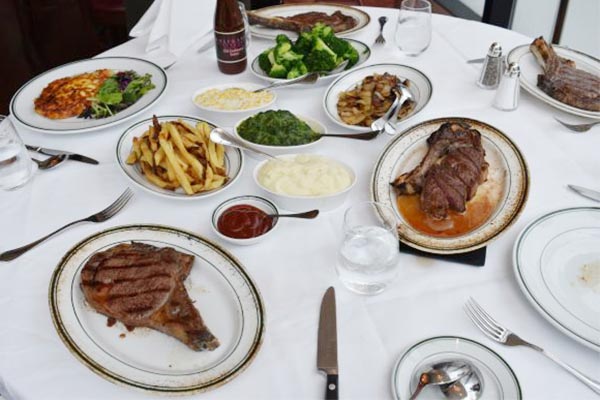 Restaurant Review: This Is What A $90 Lunch Set Will Get You At Wolfgang’s Steakhouse

More importantly, who will survive?

After more than a year of agony, we finally know – Game Of Thrones will return for its eighth and final season in April 2019.

HBO made the announcement last night through a teaser video, which has garnered over a million views in a few hours. Though not a full trailer, the video does make it clear that the six-episode Season 8 will see a very dramatic fight to the end. “Every battle. Every betrayal. Every risk. Every fight. Every sacrifice. Every death,” the screen read. “All for the throne.”

We can hear that chant in our heads already. “FOR THE THRONE!!!”

We know that Game of Thrones Season 8 will begin at Winterfell, where Daenerys and her army heads to, to get ready for that impending confrontation with the White Walkers. It seems like Daenerys will clash with Cersei, who’s the one sitting on that highly coveted Iron Throne.

But in the face of a common enemy, could we see the different Houses working together? Will Jon Snow finally find out who his real parents are? Will our favourite characters survive through the season?

So many questions, so long to wait till April.

Thankfully for us, we can catch Game of Thrones Season 8 in Asia the same time as the US, exclusively on HBO GO and HBO (StarHub TV Ch 601). It will also be available on HBO On Demand (StarHub TV Ch 602). And you could experience the epic magic of Westeros yourself, probably before April!

To get us even more hyped, HBO tweeted a series of promotional images. Here are our favourites:

Not a Queen, a Khaleesi #ForTheThrone. pic.twitter.com/2h19EV1Sbu

This scene still shocks us to the core.

Thanks for reminding us of the worst wedding feast ever, HBO.

I am your son and you sentenced me to die #ForTheThrone. pic.twitter.com/mUAe7XtGDv

Give him a happy ending, please.

We’re having winter in April next year.