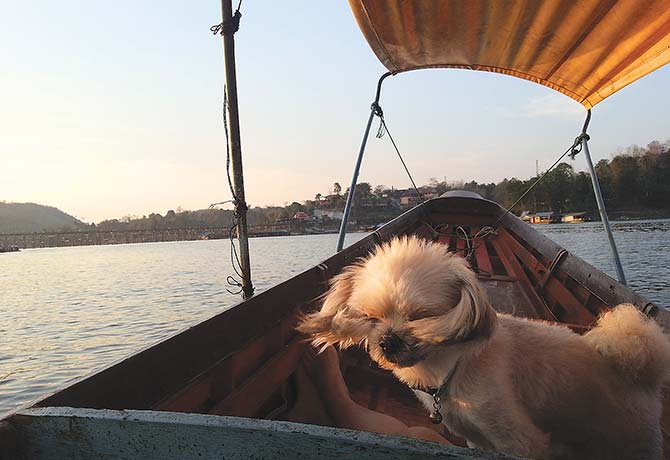 Fluffy’s Pet Diary: Things to do with your pet on weekends

The founders of PlayPal, a Singapore-made app that hopes to revolutionise the local football scene, share with Weekender their vision and plan to transform the football-scape of Singapore

Are you ready for football’s version of Facebook in an app? This is certainly the vision of the founders of PlayPal, a new innovative mobile application designed to help people to find football kakis in Singapore.

The PlayPal app matches players to suitable teams according to specified preferences such as location, playing position and age.

More than ten years in the making

PlayPal was officially launched at the Zion Sports Complex in March, after nearly eight months of research and beta testing. However, the idea had been in the works for more than a decade.

Founders Shaun Lin, Vincent Tee and Patrick Low, 31, grew to become the best of friends when they were students at River Valley Secondary School. Almost instantly, they bonded over their passion for the sport of football and their frustration at the unavailability of football as a CCA (Co-Curricular Activity) in school.

“We had no football team in secondary school. In a way, we were deprived of the game,” recalled Lin, CEO, who was a former property agent before he quit to run PlayPal full time.

“So the idea arose from our own problems of not being able to play football or finding a team on the weekends. We wanted to help strangers connect and possibly foster a new friendship through football,” he said.

Although there are amateur teams and leagues in Singapore with impressive structures, there is a gap in the market for amateur or young footballers who want to test the waters out without the pressure of performing. PlayPal seems to offer just that – with a sleek interface and design, and easy navigation, the app seems to be designed to allow social footballers to enjoy their game and the fun banter that comes with their new teams.

The app also boasts a player rating system, team rankings and a newsroom system, where players get to catch up with their pals’ activities online. Available on both Apple and Android devices, PlayPal has already seen more than 1,000 downloads.

The PlayPal app has also received tremendous support from the Football Association of Singapore (FAS); with President Zainudin Nordin saying that it would help young people to start playing sports in Singapore.

“There has been great response on the app from users, and we see it gaining traction. More importantly, we’re getting proactive feedback from the people playing, which is very important,” said Tee, Chief Technical Officer of PlayPal, who has an extensive background in developing game software.

Besides their passion for mobile technology, all three of PlayPal’s founders felt that they wanted to give back to the
local sports community, especially in light of the focus on the development of youth talent here.

“We watched the S-League when it first started, followed Gombak United’s games closely, and we are very passionate about helping the state of the sport here,” said Lin.

Interestingly, all three are massive fans of different clubs in the Barclays Premier League, with Lin being a die-hard Chelsea fan, Tee a Middlesbrough fan (he admits it’s rare) and Low a United fan.

“Everyone especially the youths are [sic] constantly on their mobiles these days. If they’re not on the (PlayPal) app, how often are they playing? Young players need more options, which we feel are not readily available, and we created this app with them in mind,” said Tee.

Lin added that PlayPal has received support from local football icons such as Fandi Ahmad and Isa Halim, and that it’s important to re-examine the youth structure in Singapore.

“The net is not wide enough and in many ways, the talented youths slip through the system. If they keep playing, there’s a chance they can be discovered and they will feel motivated to develop themselves,” said Lin.

While the app is still in its infancy, there are big plans to develop it into a social network for football fans in Singapore.

“We hope to make it a Facebook for football. It’s ambitious, we know, but we hope to receive seed funding to propel it to the next stages, and take it out of Singapore and (to) the rest of Asia,” said Tee.

A PlayPal tournament between schools is also in discussion.

There are similar apps linking social footballers to bigger communities. JogaBo allows players to “check in” to games with friends, share activities and record their playing history. It also allows them to analyse their stats from each match.

“An app that is able to leverage football communities can be very powerful but is it enough to introduce people to new players? The makers can consider partnering up with local pitches and integrate an easy payment system as well,” said Ali Darwish, a mobile expert and business development manager in Singapore, who had worked for a venture capitalist firm in the Middle East.

With the abundance of media-savvy social footballers today, the possibilities seem endless.

By Ash Hashim
PlayPal Football can be downloaded from Play Store on Android and App Store on iPhone.