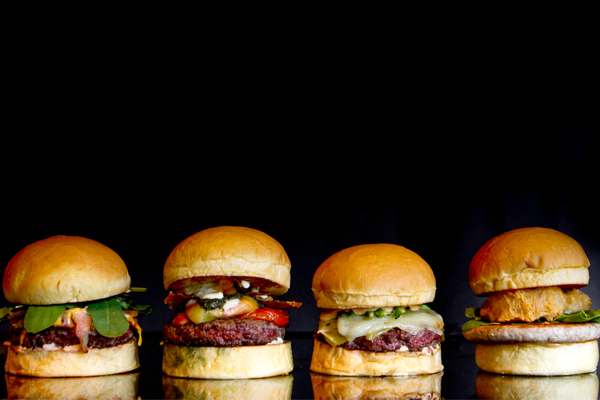 When we think of Greek gods and heroes, it’s mostly men that come to mind – Zeus, Achilles, Poseidon, Odysseus, Hercules… what about the women? Madeline Miller offers the rarely heard female perspective to the Greek mythological world with her latest novel, Circe. After captivating the world with the award-winning The Song of Achilles, which re-interprets The Iliad, Miller delivers another fresh take on famous Greek figures and tales.

Out now in bookstores, Circe zooms in on the story of its titular character Circe. She appears in only two books of Homer’s The Odyssey, for which she becomes best known for being a terrifying and evil witch. In Miller’s retelling, Circe is the star of a sprawling epic in which she narrates her long, fascinating yet painful life as a nymph. She is no ordinary nymph, as she herself discovers; she possesses not just strange magical powers, but also a human voice, unlike the other goddesses. After she is sent into exile, Circe starts to confront her human side – feelings of love and compassion – and how she can bridge it with her powers.

With The Song of Achilles, Miller turned an ancient Greek myth into a cult favourite among readers of all ages. She makes classic tales more accessible and engaging for contemporary readers, and she does so again with Circe. We had the great honour to ask Miller a few questions about the inspiration behind Circe, why Circe deserves her own story, why we’re still obsessed with Greek mythology, and more. Check out her responses in our interview:

Hi Madeline! We absolutely loved both The Song of Achilles and Circe. For Circe, why did you decide to focus on Circe this time, out of all the Homeric characters, and expand her story?

MM: In Homer’s Odyssey, Circe is a fascinating and vivid figure: an alluring witch-goddess who keeps tame lions and wolves, and turns men into pigs.  She’s also mysterious. We learn nothing of why she’s transforming men, or how she came to her power. I wanted to imagine her whole story, and I also wanted to push back against the one-dimensional way she’s been remembered: as a villain, a man-hating seductress.  But Homer’s portrait is more complex: she’s terrifying, yes, but also benevolent. She invites Odysseus and his men to stay on her island and recover from their exhaustion, then sends them on their way with vital advice and full stores. I loved that she was a self-made woman.  She is born without power, so she invents her own—witchcraft. I was interested to discover how Circe was able to carve out such an independent life for herself in a world which is hostile to women holding power.

Many of us know Circe as a terrifying villainous witch with just a minor role in the Odyssey. Your novel really challenges this perception by revealing a vulnerable and compassionate side to her. Was this something you set out to do deliberately, to challenge the not so favourable perceptions of Circe?

MM: Absolutely! I think women with power are still villainized, and that there is a lot of anxiety in particular about a woman who has power over men.  I wanted to give Circe the same scope that the male heroes have had by right—the chance to make mistakes, as well as to succeed. And I feel that Homer is actually inviting this reinterpretation—Odysseus himself narrates the Circe section in the Odyssey, which means that everything we see of her is through his eyes. I imagine that the encounter would look very different from her perspective.

What inspiration do you think modern women can draw from your Circe?

MM: I wanted Circe to be a portrait of a woman who is finding her voice in a world that isn’t interested in hearing from her. Being sent to the island alone is a life-changing event for her—suddenly she has the freedom to pursue her witchcraft and understand herself.  In modern day, I think that kind of solitude is still incredibly important. Women are subjected to constant demands on the way we look, and the way we must behave. We need space away from the world—if not on an island, then in our own minds—in order to claim our voices.

You bring a lot of famous Greek heroes and mythological figures into the novel, many that we did not previously know cross paths with Circe! Which of these figures did you enjoy reimagining most?

MM: Penelope is Odysseus’ brilliant wife from the Odyssey, but there her role is very circumscribed—her story is only important in the way that it serves Odysseus’.  I enjoyed the chance to explore another side of this clever, tough survivor, who is also an artist like Circe.

I didn’t expect Daedalus to be such a big part of the book, but the more I wrote of him, the more he became an important relationship for Circe.  Like her he is an artist, and it is the first time she finds someone as dedicated to craft as she is. He also provides a model for her of being a loving parent.

And Medea, of course!  Who can resist the most villainized witch of ancient history?

What is it that attracts you to continually turn to Greek mythologies and do retellings of them? And why do you think they can still be relevant today?

MM: I think they are vitally relevant today, and that is exactly what draws me to them.  They are powerfully human stories—about grief, love, pain, courage, ambition, rage. We ignore them at our peril I think.  The ancients had a saying: “nothing new under the sun.” Everywhere I look in the ancient world I see modern day, and vice versa.  From the Aeneid with its band of refugees desperate to find a homeland, to figure of Cassandra, who is assaulted, then cursed to never be believed, the parallels are everywhere.  I like writing about the ancient world because it can illuminate the modern world without triggering people’s defenses. Hopefully it can make us think more about our present moment.

We hear you are currently working on a retelling of Shakespeare’s The Tempest! Can you share with us, why The Tempest?

MM: Along with Classics, the other thing I love to do is direct Shakespeare plays, so Shakespeare has been on my mind for decades. Most of his plays I would never think of in novel-form—I like directing them as they are on the stage too much!  But The Tempest is a play that I feel has so many unanswered questions in it.  I’m drawn to the so-called happy ending of the play—Prospero returns triumphant to Milan.  But what happens to Miranda? What happens to Caliban? These are questions I want to find my own answers to.

What are you reading recently? Do you have any book recommendations?

MM: Many! I just recently read Pachinko by Min Jin Lee, which was wonderful.  The Overstory by Richard Powers changed my perception of the world, and the urgency I feel about our environment—I think everyone should read it.  Climate change is the great universal human challenge right now, and this is a gripping call to action.