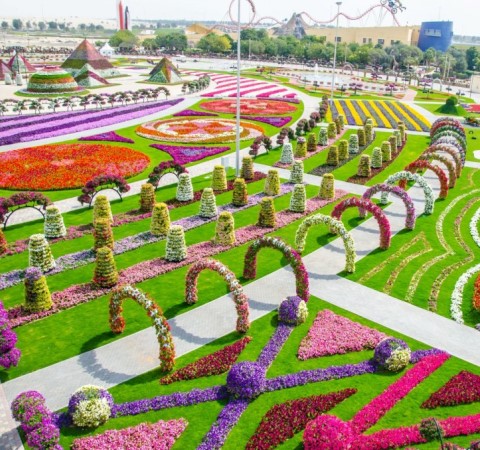 This Fairy Tale-like Garden Was Actually Built In A Desert

We trusted you, Harry Potter!

This year is turning out to be a huge year for many fan bases, as several films were actually set in 2017.

So what kooky inventions or developments were we supposed to get in the next 12 months, if the movie industry could have its way? Here are five things that happened in 2017, according to hit films.

1. Harry Potter sends his kid off to Hogwarts

The ending scene to Harry Potter and the Deathly Hallows Part 2 – where Harry Potter and his now-married friends, Ron and Hermione Weasley, send their children off to Hogwarts – apparently takes place in 2017.

In the final film and book, the Battle of Hogwarts occurs towards the end of our heroes’ seventh year at Hogwarts, making it 1998. The epilogue occurs 19 years after that, which is this year.

This strongly implies that “Harry Potter and the Cursed Child” is also set in 2017.

Check out these 17 gigantic blockbusters that will make 2017 amazing.