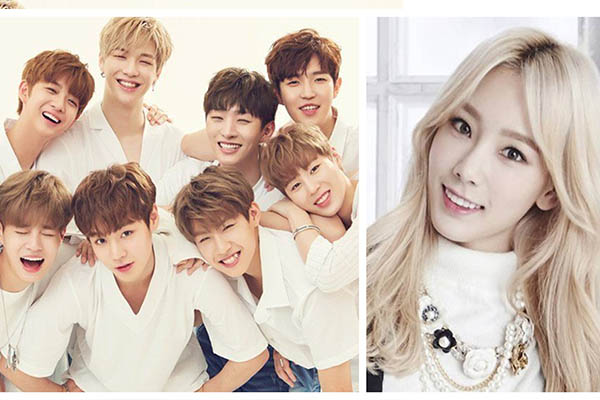 Held In Singapore, K-Pop Festival HallyuPopFest 2018 Will Feature The Likes Of Taeyeon & Wanna One

Are you ready for another round of carnival thrills and merriment? The Prudential Marina Bay Carnival is back, following a successful debut run last year that drew a whopping 1.4 million visitors.

We might see another outstanding turnout this second time around, as the big early crowd after the doors officially opened on 22 December suggests. Check out the highlights below:

A major difference from the previous edition we noticed is the size: the time, the carnival is more compact, occupying just one location (Bayfront Event Space), rather than two like before. Though it might seem less impressive in size, we welcome this change for the easier movement from one end of the carnival to another.

Part of the many year-end activities happening around Marina Bay, the Prudential Marina Bay Carnival 2018 is a great way to end the year with a bang!

We certainly did not feel anything lacking due to the reduced size. In fact, the Prudential Marina Bay Carnival 2018 has added three new rides – the Wave Swinger, Freak Out, and Jumper Jumper – bringing the total of rides to 22. There are now 50 rides and games, up from the previous 40-some number. Another new ride called the Remix Extreme is also promised, and will arrive sometime later.

All three new rides are worth trying. Brought in from Italy for its Southeast Asian debut, the Wave Swinger is this edition’s new centrepiece. It has a very pretty European carousel-like sweeps and crests, which feature iconic landmarks from over the world, including Singapore’s Gardens by the Bay and the Marina Bay Sands!

We loved the Wave Swinger! You get on swings in pairs – great for couples – or singles, and you’re increasingly raised higher and spun faster, including at a pretty sharp angle, over the duration of the ride. No sudden scares but fast enough to elicit some screams, it’s a good warm-up first ride to get a burst of adrenaline. A plus is the Star Wars music that plays, making it feel as if you’re traveling in a space warp!

Its carousel style reminds us of the Star Flyer, one of the carnival’s signature rides than makes a return this time. Though not dangling as high as the Star Flyer, the Wave Swinger is faster and more exciting.

Another new ride, Jumper Jumper, is perfect for those who love the thrill of sudden drops, but prefer a safer height off the ground.

It’s a wild ride that bounces you up and down non-stop, while you’re whipping around in circles in your own seats. Those who are prone to motion sickness might want to think twice, but ultimately the Jumper Jumper isn’t too scary.

The new ride that really poses a challenge even to thrill seekers is Freak Out. Hold on tight, because this ride is as menacing as the gigantic claw machine it resembles. We could hear the shrieks from afar, so we’re not surprised to have screamed our heads off on this one as well!

Also known as Spring Break, Freak Out throws you far out into the air above and to the sides, nearly 90-degrees from the ground! That’s all while whirling you at insane angles on the claw itself. So whichever of the four sides of the claw you pick, you’ll get to experience the whoosh of plunging down, backwards, and sideways.

We overheard visitors debating whether Freak Out or Mach 5, another returning signature ride, is more terrifying. Dropping you from a ridiculous height of 55 metres, and still inverting you all 180-degrees, the Mach 5 is still a thrill the second time around and seems like the more intimidating one.

We think both have their bone-rattling points – you have more reason to try both and decide for yourself, as the prices are slightly reduced this year! They range from $6 to $14 for rides, with the new rides requiring nine credits. Games are also cheaper this year, from $5 to $8.

For visitors bringing children, you can hop on board the twisty Euro Coaster, soar high on the Dumbo ride, or drive around manically on bumper cars. These family-friendly rides, along with other favourites like the Das Fun Schiff pirate ship and the splashy Jungle River, are also brought back.

After taking ride after ride, we caught our breath by playing some carnival games. We couldn’t resist making multiple stops at certain game stations for their adorable plush toys! Throw those darts, toss those rings, and knock down those bowling pins – there are $3 million worth of awesome prizes to be won!

Like the first edition, the carnival obtained license to amass a ton of plushies of Disney and Dreamworks characters such as Mickey and Friends, Spider-Man, Star Wars, the Kungfu Panda gang, and more. Other toys that attract lots of hopeful visitors are the popular giant unicorn from the last edition and Dumbo plushies, and oh boy do they make them seriously tough to win! These tips might come in handy to help you snag that unicorn.

All that excitement made us ravenous, and thankfully there were lots of yummy food waiting for us at the Food Village! Available from $6 onwards (using your carnival RFID card), the food and drinks come in huge, super satisfying portions. They’ve got your fun fair staples – churros, chicken wings, twisty fries and burgers – but you can also find local favourites such as indomie, thirst-quenching Thai milk tea and takoyaki.

Even the churros get a localised twist with flavours like Ondeh Ondeh and Chili Crab!

Hair-raising fun, amazing prizes, mouth-watering food… we’re so glad this carnival is back!

You can purchase credits for rides and games either onsite or online on the official website.