If you thought Hua Mulan took her father’s place in the army out of filial piety, you’re in for a surprise. Based on the popular Chinese tale, “Mulan The Musical” will playfully subvert the timeless story about one girl and her family amidst a war in China.

Stepping up for her frail father, pregnant sister and effeminate brother, Mulan (played in turns by Lee Chien Na and Lai Ying Ying) disguises herself as a male soldier and joins the war. This musical comedy from Taiwan reveals the hilarious and unheard story of Mulan who has to fend off not just the enemy’s arrows, but also Cupid’s arrows in camp.

Png shares, “I’ve always wanted to do musicals, and because this musical is in Mandarin, I just know I’m going to have so much fun. I hope to show the audience something different – something fun and memorable!”

Enrolling in the war, Mulan (centre, played by Lee Chien Na) has to fend off not just the enemy’s arrows, but also Cupid’s arrows in camp.

A twist to the tale

Using comedy, music and a familiar historical legend, “Mulan The Musical” addresses current issues close to many Singaporeans’ hearts in a lighthearted, hilarious but no less meaningful manner.

The show also presents original songs inspired by Singapore. Accompanied by the in-camp pandemonium and romantic hysteria, the production promises to leave audiences in stitches.

“A funny take on Mulan! While still keeping to the original storyline, the added twist of local humor and Singlish kept me entertained for the whole 2.5 hours. The set was simple but visually engaging and the selection of foreign and local cast provided a nice mix of talents.

Parents, do take note that the show contains local vulgarities and may not be suitable for children. For those like me who aren’t well-versed in Mandarin, there are subtitles screened at the sides of the stage.

Overall I had a great time and will recommend this to anyone who enjoys Mulan, or simply wants to kick back on the weekend and have a good laugh.”

“Mulan The Musical” runs on select nights from now to 5 Feb at the Resorts World Theatre.

Brought to you by Resorts World Sentosa. 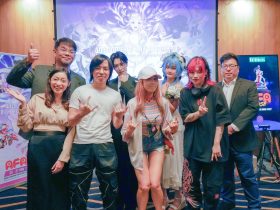