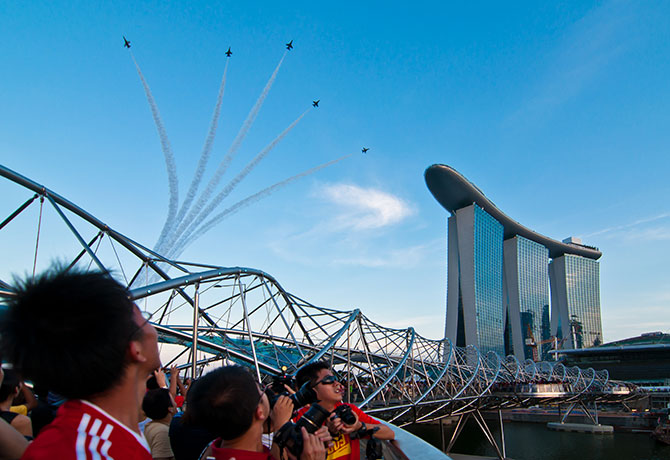 No longer is digital gaming a sedentary lifestyle

While there are board game cafes and escape rooms that do a swell job of suppressing boredom, the arrival of Virtual Reality (VR) gaming has offered up an experience more stimulating and thrilling to quell even the most restless. Even though the concept is fresh and relatively raw, several gaming companies have splashed out with high-end machines to bring the most authentic VR experience for our gaming pleasure. Here are six VR gaming places to geek out at:

With its 4200-sq-ft, warehouse-sized gaming arena, Zero Latency boasts one of the biggest playing rooms where free-roaming Virtual Reality (VR) gameplay is concerned. Located at Suntec City, the outlet offers gamers four virtual worlds packed with detailed storylines to explore including, Engineerium, Zombie Survival, Singularity and Outbreak Origins. In any of the storylines, gamers will have to solve a mix of puzzles or kill in-game villains to survive. Playtime lasts a mere half an hour and will come at a cost of $69. Despite its high price, those at Zero Latency are in for a treat as each player gets to don a military-grade backpack that comes with an Alienware gaming computer. Individuals will also be equipped with the VR headset and Razer headphones, making the whole experience something so close to reality that it leaves players wondering after the game, which world is the real one?