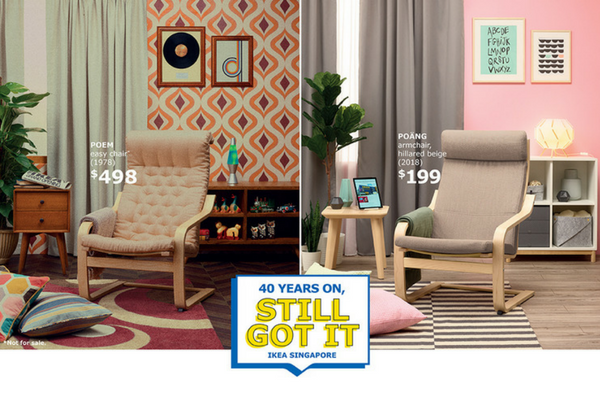 Various CapitaLand malls have unveiled different Batman v Superman exclusives – here’s what you can look out for, and where

Whichever side you’re on – Dark Knight or Man of Steel – fans of DC Comics are in for a treat.

Various CapitaLand malls in town have rolled out different exclusive activities and collectibles for fans of all ages to enjoy and grab, ahead of the movie’s release on Mar 24.

Also read: Fan of Game of Thrones? Here’s what to expect at the upcoming World of Westeros event

Here’s a list of what you can look out for and which malls to head to.

1. Battle against villains in a motion-controlled game

Live out their superhero fantasies at the motion-controlled game zone, which immerses players in different battle scenes from the movie.

Are you a supporter of Batman? Hurling the Dark Knight’s signature batarang weapon to halt the villains in their tracks. Or are you more of a Superman fan? Then use the Man of Steel’s heat vision to clear obstacles while flying around Earth.

If you’re undecided about your allegiance, try both game stations!

Bugis+ Level 2 Atrium will transform into a battleground for Batman v Superman, where you can catch life-size statues of Armoured Batman, Superman and Wonder Woman engaged in a high-octane battle scene.

Get close to the latest Batmobile replica

Batman’s sidekick Robin once said, “No policeman’s going to give the Batmobile a ticket.” This exhibition looks like it’s testing that out!

Fans of the Caped Crusader can now pose with his fully-armoured and equipped lean and mean fighting machine at Clarke Quay and Westgate on selected dates.

If taking photos of this iconic vehicle is not enough, shoppers who spend a minimum of $60 at Westgate can take home a complimentary instant print of themselves with the Batmobile replica in an exclusive photo sleeve.

Redeem an exclusive Batman v Superman: Dawn of Justice collectible with a minimum spending of $180, over a maximum of three combined receipts.

There are a total of four designs in the series: Batman, Superman, Armoured Batman and Wonder Woman. If you have redeemed the full set of collectibles, you can participate in a lucky draw, where two winners will each receive a pair of air tickets to Hollywood in Los Angeles, United States, and enjoy an exclusive Warner Bros. VIP studio tour.

Art and comic enthusiasts can attend workshops organised by the Association of Comic Artists Singapore to create your own Batman v Superman: Dawn of Justice fan art. This event will be held at Funan DigitaLife Mall from Mar 14-20.

On Mar 26 at Raffles City, Artgerm aka Stanley Lau, who produces high-quality artworks for the likes of DC Comics, will be signing Artgerm products and InkInk DC prints for lucky fans.

Batman has his hi-tech weapons. Superman has his super-strength. And you have your paintbrush and easel.

Battle it out with your imagination in the Batman v Superman: Dawn of Justice fan art jam competition. Submit your original fan art of DC Comics heroes on tnp.sg and stand to win exclusive movie premiums and local premiere tickets.

Selected entries of the fan art jam competition will be showcased at Funan DigitaLife Mall from Mar 14-20, while the top 20 entries will be exhibited at Raffles City Singapore from Mar 21-Apr 3.

You can also participate in a series of social media challenges, where the public can vote for the winning entry. From snapping creative pictures with the Batmobile replicato voting for your favourite heroes, you can get creative in displaying your affection for your hero of choice.

For the full list of Batman v Superman: Dawn of Justice activities taking place in CapitaLand malls and the terms and conditions, please visit www.capitalandmallasia.com.sg/batmanvsuperman.

Bonus: For the kids

Little heroes don’t have to miss out on the fun – here are activities where kids can be a part of the Batman v Superman hype and take more exclusives home for the family.

Where: Lot One Shoppers’ Mall, Mar 1
What: Discover your hero powers through our Little Heroes Training Academy that has a line-up of exciting activities including creating your own hero mask, navigating a go-kart race circuit and defeating villains with battle toys.  Collect three hero stamps and receive an exclusive Batman v Superman: Dawn of Justice tablet casing.

Where: Lot One Shoppers’ Mall, Mar 11
What: Be spellbound by heroic tales of ordinary people at this special story-telling session by friends from the Choa Chu Kang Public Library.

Where: Bedok Mall, Mar 14-20
What: Take part in a mask and cape making workshop when you spend a minimum of $20.

Where: Junction 8, Mar 15-20
What: Gain entry to an awesome indoor rope quest designed for children when you spend a minimum of $50.  Participants who complete the rope quest in the fastest time stand to win attractive prizes including an exclusive Batman v Superman: Dawn of Justice tablet casing.  Participants can also challenge themselves to a speed hero challenge.

Where: Bukit Panjang Plaza, Mar 26
What: Take part in the “Phenomenal Feats” series of activities, including an action hero costume creation workshop, a break-the-piñata challenge and a photo booth.  Collect three hero stamps in the promotional mailer and receive an exclusive Batman v Superman: Dawn of Justice tablet casing.

Where: Raffles City Singapore, Mar 25 & 27
What: Colour exclusive designs of Batman and Superman crafted by Artgerm and stand to win ARTFX statues.