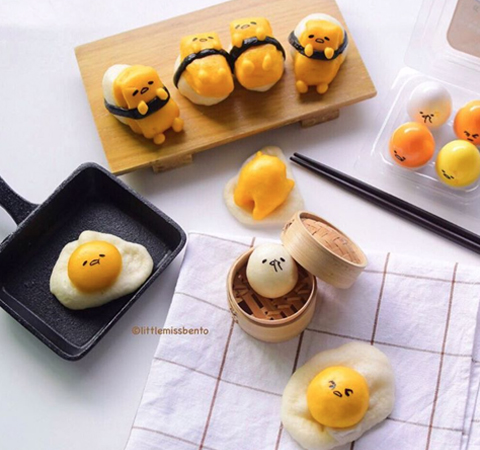 5 Things To Know About The Upcoming Gudetama Cafe

We have a quick tete-a-tete with the world’s most Michelin-starred chef, Joel Robuchon

Joel Robuchon – the world’s most Michelin-starred chef, who owns Joel Robuchon Restaurant and L’Atelier Joel Robuchon in Resorts World Sentosa (RWS) as well as several others around the world – was in town for the RWS Food Affair in September, where he crafted a course for the RWS Celebrity Chefs Dinner that included Iron Chef Cat Cora.

Known for his touches on haute-French cuisine, his menu during the Food Affair comprised an intricate ten-course meal at his restaurant, as well as a caviar dish for the RWS Celebrity Chefs Dinner.

We had a quick catch-up with him on his thoughts and plans.

Bonjour Monsieur Robuchon, it is nice to meet you. Can you tell us about your upcoming plans?

Well, we are currently planning for a Christmas menu with foie gras, turkey, ham, etc. But it is way too early to say exactly what.

We are also opening a new restaurant in Bordeaux, and I hope I can earn another three stars!

How often do you change your menu in Singapore?

We change the menu seasonally but, of course, there are certain items on the menu we can never remove! It’s like going to a shoe store and finding that your favourite shoe is out of your size. People will clamour for it.

Do you think that Singapore should have a Michelin guide?

Yes! It is surprising to me that Singapore does not have it. Hong Kong has it, Paris, etc. It’s about time for Singapore to have one too and, of course, I hope my restaurants here can get starred too!