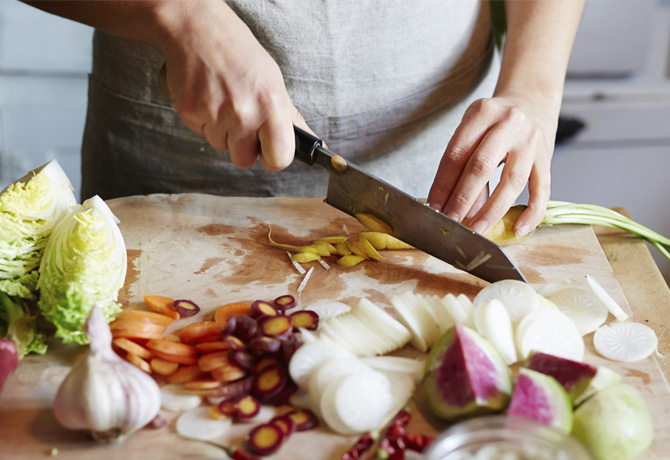 4 Things Every Home Cook Should Know About Knives

We catch up with the founder of 2am:dessert bar and 2am:lab, Janice Wong, on her recent endeavours at the World Gourmet Summit

Chef Janice Wong burst into the culinary scene in 2005. She has since blossomed into a successful chef and entrepreneur with her brand, 2am.

Janice’s inventive desserts are applauded by some of the world’s most celebrated chefs, from French chocolatier-patissier Chef Pierre Hermé to Spanish chef-restaurateurs Chef Juan Mari and Chef Elena Arzak.

The sole female chef at the 2013 World Gourmet Summit, she created edible chocolate outfits for the Hearts On Fire Edible Fashion Show.

When asked if she is amazed by her achievements, she modestly shakes her head and says, “When I was 22, I had a dream and I risked everything to keep creating without reference. I just keep going and do not look back.”

When I spoke to Janice in 2009, she spoke of starting her own cookery school. In 2011, she made it happen with 2am:lab.
Janice is in the midst of updating her 2am:dessert bar menu with a new dessert inspired by her travels to Japan.

“We are creating an ume or umeshu pink dessert that would remind one of a cotton candy Spring garden,” she says.

To budding chefs, she says, “Just dare to dream.”