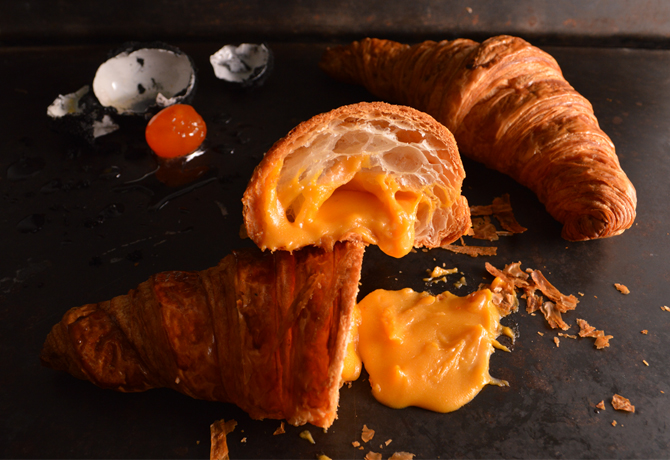 Nostalgia can be found anywhere, even in baked goods

Quite a number of Singaporeans love going to an old school bakery selling local confectionary such as cream-filled cornets, Swiss rolls, large cookies or even sugar-coated doughnuts. A sentimental wave of nostalgia will wash over you, whenever you visit one.

“The cakes and pastries in our cafe are based on family recipes from Dong Log Wee Confectionery, which was my family bakery during the pre-independence Singapore era,” he explains.

Blast from the Past

It’s no surprise that there seems to be some British influence in the confectionary. Nonetheless, Kelvin’s personal favourite is their Bostock ($2.40).

“When I’m in need of a hot, toasty, baked-to-order item, I like the tasty and fragrant Bostock, which is a French almond frangipane toast made with our own bread, topped with warm tangy almond paste and freshly- toasted almond slices,” he says.

Prices at Dong Po Colonial Cafe start from $1.20 for a slice of pound cake to $3.20 for a Cornish pie. They also have set meals comprising two pastries and a drink, at $5.50.

Kelvin says, “At Dong Po Colonial Café, we try to price our items reasonably so that these cakes and pastries from Singapore in the ‘50s to ‘60s can be enjoyed by the masses.”

The rustic decor at Dong Po Colonial Cafe also adds an extra dose of wistfulness with items from the past such as cups, shells and memorabilia decorating the glass-top tables.

Dong Po Colonial Cafe is also intending to expand their beverages list in the near future.