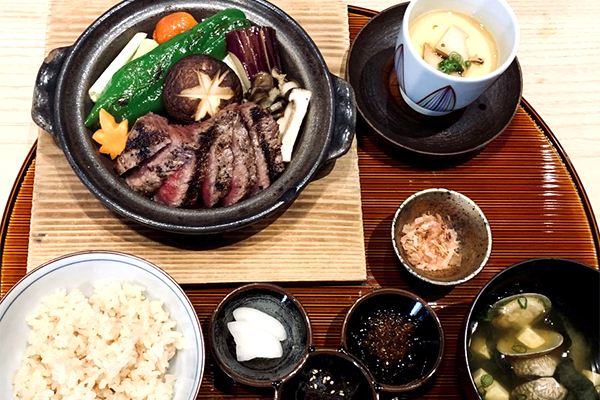 Roast pork crackling on an open fire… Possibly the best roast pork in town, it’s guaranteed to have you singing

We were walking around in PasarBella the other day and, lo and behold, we came across a new addition to the line-up, Keith Crackling Roast.

I found out that they specialise in roast pork only and I thought, it had better be good.

Picking up a small tasting portion, with growing scepticism, I bit down on the slightly-cold portion of pork.

I was pleasantly surprised. In a most satisfying crunch, the salty and tender layer of meat gave way to melt-y pork fat.

We spoke to the owner, Keith Lee, to find out how he perfected the recipe for his special roast pork.

Keith had been an IT professional for almost two decades. He had worked across three continents before he finally decided to switch to the food and beverage business.

He also decided to specialise in roasts.

“I started a specialised catering outfit, which operated solely by word-of-mouth reference and all sales were by appointment only.

My next milestone was a retail outlet which was co-defined by fans who engaged me on having the public enjoy this marvellous creation at a personal level,” says Keith.

“So, I decided to move from food shared at event level to food accessible on a daily basis in personal servings. Keith Crackling Roast at PasarBella at The Grandstand was thus conceived,” he explains.

There has been a strong and positive response, with “kids pulling their parents to the stall saying, ‘Mummy, I want this!’” says Keith.

He’s had customers come up to him to tell him that his is the best roast they’ve ever had.

Keith had lived and travelled for several years in Australia, England and the Philippines and had observed how pork is prepared in these countries.

Through much research and development, he finally came up with his own recipe.

He says, “The first bite will experience a crackling unlike any other – it is ear-shattering crackly, crisp and bubbly like a biscuit.”
“The crunch will give way to meat layers that weaken the knees – fully-rendered, moist, juicy and succulent, absent of any ‘porky’ notes,” he adds.

A large portion of roast ($120) serves up to ten people. The roasts are sold only in slabs.