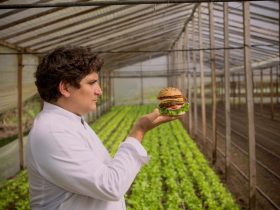 So incredibly poisonous that even a small mistake in its preparation can be fatal, fugu (pufferfish) is also a luxurious delicacy.

If you're curious enough to have a try, check out Guenpin Fugu.

Japan's largest fugu chain has opened its first overseas outlet in Singapore and its chef, Tomita, boasts over 30 years of fugu cuisine under his belt.

The restaurant prides itself on serving the highest grade of fugu — the Tiger Puffer Fish, or torafugu in Japanese.

Here are six dishes to try, if you're game enough.

The traditional dish is typically presented in an arrangement also known as “Botan-mori”, which resembles a peony flower. Most people in Japan prefer eating fugu as sashimi, as it is chewier and milder in taste compared to other sashimi fish. You can enjoy it on its own or dip it in tangy ponzu sauce.