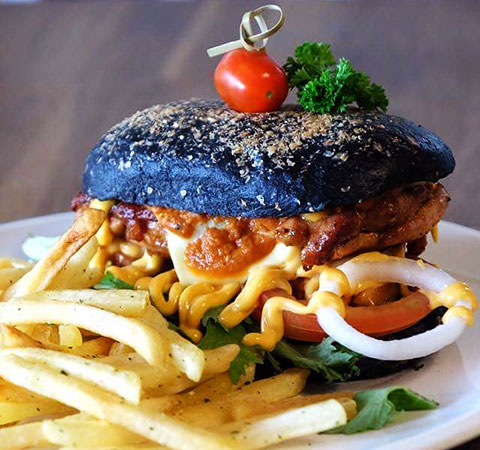 Ku De Ta continues to excite with a few new things in its third anniversary, including a new executive chef

Ku De Ta has kept things fresh in celebrating its third year, with a new executive chef and an upcoming brand new menu.

From the award-winning Restaurant Nobu, a Japanese restaurant in Cape Town, South Africa, Executive Chef Frederic Faucheux brings his expertise in Japanese sensibilities to create a new menu for Ku De Ta that will launch towards the end of the year.

The Best of East & West

Prior to his training, Chef Faucheux practiced French cooking when he was at Langham Hilton in 1998 and London’s Savoy Hotel in 2004 to cook under the leadership of Chef Georg Fuchs. This is his first time in Asia.

Chef Faucheux has already begun to exert his influence in the kitchen in his new home at Ku De Ta, creating the menu for the third anniversary. The menu comprised dishes such as US Prime “Brandt Beef” Ribeye with wasabi salsa, spinach and a goma dressing, and a Yutaka Roll filled with foie gras, salmon skin and cucumber, showing off both his French and Japanese influences.

Chef Faucheux also put a twist on the desserts, such as with the Tumeric Hazelnut Cake with Hennessy white chocolate cream and blood orange.

Guests can look forward to a menu of Modern Asian dishes with emphasis on Japanese produce worked with unique twists – promising to be easy on the palate and the eyes.

The chef also believes that a calm state of mind is a key ingredient to effective kitchen management and measures his success by impressing his customers with a dish that they cannot replicate personally at home.

Ku De Ta celebrated its third anniversary on Sep 12 with a red and Asian themed party, complete with fire-wielding dancers. It was a lively affair and the new chef and new head of entertainment, Joshua Pillai, were introduced.