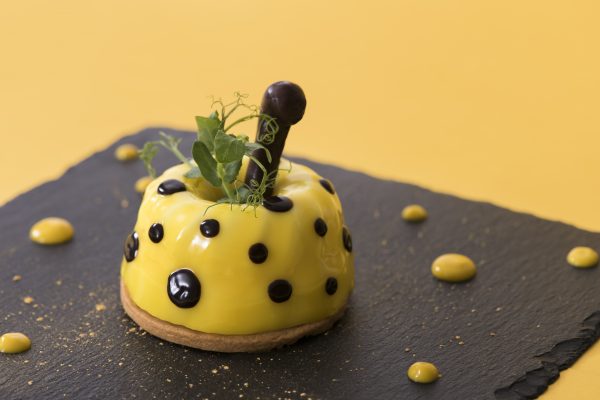 French restaurant Fleur de Sel has joined the likes of Brasserie Gavroche and Maison Fatien in the Tanjong Pagar area, with an updated version of French sensibilities.

Chef Alexandre Lozachmeur’s immense love for fine French cuisine and wine, and his years of experience working in the kitchens of some of the best restaurants in the world, has culminated in the creative menus at Fleur de Sel.

If you have a client meeting or just a little more time for lunch, why not try the Executive Set Lunch ($38++) or the Fleur de Sel Set Lunch ($48++). Both set lunches have three-courses that change weekly. When we were there, we tried the latter set and loved it.

We liked the starter of Le Homard, a Boston lobster bisque, lobster tartar with sour cream and croutons. The tartar sits in a bowl before the warm lobster bisque is poured in, making it a rich and fresh bowl of soup.

La Cabillaud – a seared Atlantic codfish, baby spinach with Charlotte potatoes and beurre blanc sauce – was interesting to the palate. The beurre blanc sauce complemented the seared codfish’s meaty texture well. There is also a choice of two desserts in the set meal.

Pineapple lovers should try their L’ananas ($15), a Sarawak pineapple roasted with rum, coriander and topped with vanilla ice cream. Mmm…