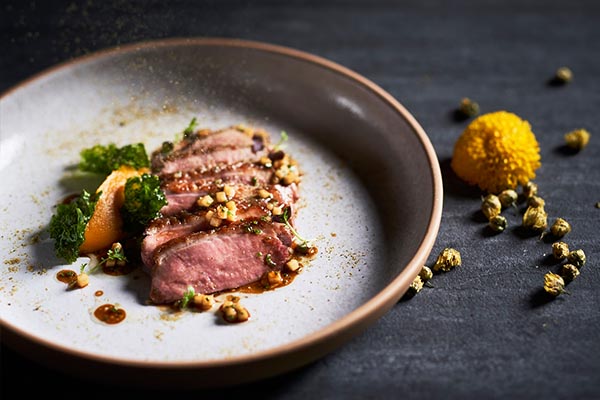 With exotic rum labels hitting the bars each week, rum cocktails are the next big thing in Singapore

At the mention of rum cocktails, classics such as daiquiris, mojitos and pina coladas come to mind. Pushing traditional boundaries to bring us exciting rum libations are bars that have certainly created some exotic concoctions.

We go on a blazing trail to score you eight of the most unique rum tipples in town.

A twist on the classic Zombie cocktail by Donn the Beachcomber, 28 Days Later combines three types of rum – Plantation 3 Star, Plantation Overproof and Diplomatico Reserva Exclusiva with Sombra mescal – put to rest in a French oak barrel for 28 days.

The extra ageing allows the flavours to fully blossom and meld together while taking the edge off the alcoholic bite, resulting in an earthy, full-bodied base. Fresh tropical fruits, homemade orgeat syrup and Angostura bitters are then added to kick start the cocktail.

We especially enjoyed how the coconut cream and gula Melaka provided a rich local flavour that adds character.

Served in a coupe glass rimmed with fresh coconut shreds and a side of adzuki bean paste, this is one dessert cocktail worth every calorie.

While a traditional mojito is made up of five ingredients – white rum, sugar cane juice, lime juice, sparkling water and mint, new-age mixologists have given us more to be thankful for.

A touch of fresh lime and mint leaves takes the Havana Club Blanco rum to a new level of intensity as the cocktail swirls around a fresh young coconut.

Created to give you the feel of a holiday tipple, Cancún Colada uses Plantation Dark rum, agave liqueur, and homemade banana and coconut syrup that adds a tropical Caribbean feel to the concoction.

Cinnamon powder with salt and banana form a tape down the side of the glass to cut through the richness as you sip. The best way to enjoy this drink is to stir it with a smoked cinnamon stick and take in the strong aroma of banana.

Named after French corsairs (privateers authorised to conduct raids on ships of a nation at war with the French crown), this rum cocktail is a perfect harmony of rich robust flavours – the velvety smooth rum complements the sour and bitter aftertaste of pineapple and Angostura bitters.

The smokiness from the slightly caramelised grilled Sarawak pineapple and pineapple gum bring out the sweetness of the Chartreuse yellow liqueur and Plantation Grenada rum – developing a higher intensity of malt that lingers with each sip.

Using Plantation Original Dark rum and a concentrated butterscotch syrup, smoked pure South Ceylon lapsang suchong tea and Chai tea is added to the concoction to give it more dimension.

The smoky teas cut through the creaminess of the butterscotch while a torched cinnamon stick sits in the cocktail, allowing its smoky flavour to fully blossom.

A fusion of rum and ice minty chamomile tea with red dates and longan (reminiscent of the traditional Chinese tea), this tea cocktail is soothing at first sip – chamomile tea calms the nerves, before the Mount Gay Eclipse Gold rum kicks in with a hint of spice.

Its refreshing minty aftertaste juxtaposed with the rum is a unique pairing that actually works.