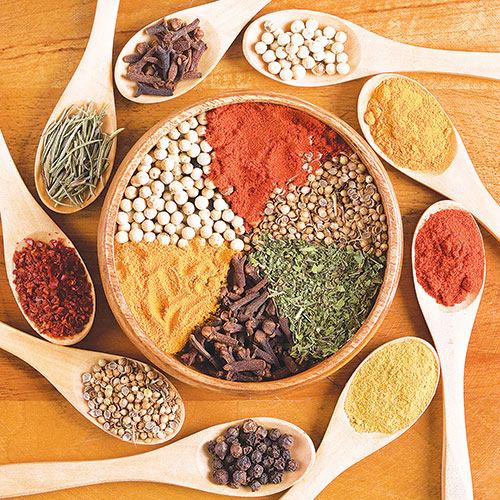 Melt in your mouth Indian food

When it comes to restaurants serving Chilli Crabs and good Chinese Seafood, the usual suspects come to mind. But there are number of underrated ones worth mentioning. And Red House is one of them.

[dropcap]R[/dropcap]ed House Seafood Restaurant is no stranger to Singaporeans. Since its beginnings in 1976 on Upper East Coast Road, this family run business has been serving some of Singapore’s favourite Chinese and local seafood dishes. Even though they’re no longer at their East Coast location, their two other locations at Prinsep Street and Robertson Quay are definitely more central and easily accessible. Yea for the rest of us!

I’ve had many chilli crabs and seafood throughout my lifetime: Jumbo, Long Beach, Roland’s, Crystal Jade, and Ubin Seafood Restaurant. Many of them are very good. And there lies the problem. They have become “expected”.

Like the rest of their peers, Red House is equally good. But some of their dishes have an added touch of attention which brings a small unexpected pleasant surprise to the palate.

Their dim sum dishes are superbly done. Even though their selection of dim sum may not be as large as that of Tim Ho Wan’s, it makes the Singaporean foodie in me very proud to say: Red House’s dim sum tastes slightly better than the Michelin acclaimed Hong Kong brand! And Red House’s prices are slightly cheaper. For these reasons, Red House is worth a revisit.

I visited Red House four times, and ordered very similar things. My only wish is that consistency of the preparation be a little tighter. Michelin-starred famed restaurants like Tim Ho Wan and Din Tai Fung have amazingly perfected the art of consistency.

I’ve had many chilli crabs and seafood throughout my lifetime: Jumbo, Long Beach, Roland’s, Crystal Jade, and Ubin Seafood Restaurant. Many of them are very good. And there lies the problem. They have become “expected”.

For Red House, their custard in the custard buns are sometimes too runny and sometimes too firm. Nothing major, just looser in style than it’s more popular peers.

Another very common dim sum dish, but Red House version is very well crafted. In many other places, the beancurd skin is rather soggy. The Red House version has very crispy and brittle skin while the inside is soft, steamy and juicy. Their prawn is larger than most. They “snap” upon biting like how very fresh prawn should. 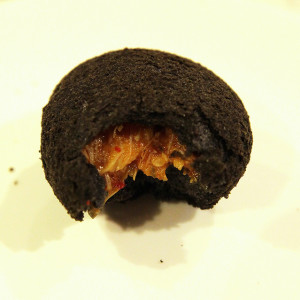 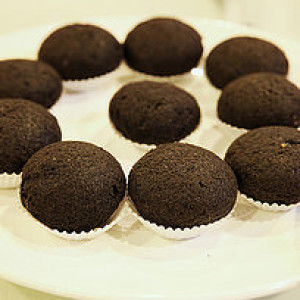 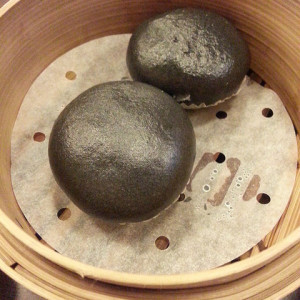 Their latest addition to their menu, Takesumi, or “bamboo charcoal” in Japanese, is mixed into the dough of the bun to produce this obsidian like veneer on the bun. You can order them steamed or deep-fried versions.

It’s a fantastic concept combining bun with chilli crab. With each bite, the the chilli crab filling within oozes out.

The only problem is that the filling is a touch too thick compared to the gravy consistency of a chilli crab dish. This is due to the bun absorbing the thinner juices of the filling during the cooking process. Nonetheless, a very delightful dish worth trying.

A shortage of Sri Lankan Crabs has caused the owners of Red House to venture into other varieties. Chancing upon these less colourful Scottish Brown Crab while on holiday, the owners have decided to import them for local dishes. Unlike the Sri Lankan Crab, where a ball of soft cottony crab meat pops out at the joint, these Scottish crusties are firmer, tougher, and delightful tasting as well.

On the surface, it appears to be your ordinary seafood mash up with the traditional chilli crab sauce, but upon tasting there is an unexpected lemongrass flavour which puts a surprising zing of flavour. Well-balanced, exceptionally flavourful, and instantly likeable. Goes well, either with white rice or the deep fried mantou.

Most Singaporeans are familiar with congee, the cracked-rice thick mushy texture derived from hours of cooking, commonly associated with the Cantonese and the porridge, which is less viscous and associated with the Teo Chews. In both styles, the rice is cooked together with the water.

Pao Fan, or “soak with rice”, another Chinese favourite but less common here, is the addition of pre-cooked rice to a soup. The rice grains retain much of their shape and texture, albeit swollen from the soaking, and impart additional texture and subtle rice sweetness to the soup.

The seafood broth is noticeably strong and flavourful, although it did vary more than I liked on the two occasions I tried it. Lastly for $28, I wished there was a bit more crab meat. Overall though, this is a great off-the-beat-path dish.

Usually, I don’t mention dessert, but this one is worth a note, and a try. An unusual combination of lime sherbet and lemongrass jelly makes this dessert delightfully refreshing and interesting.