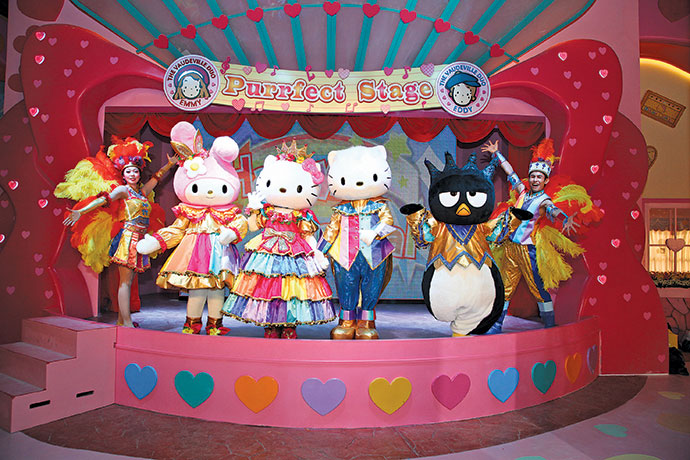 Southeast Asia’s most terrifying ghost movies are often produced by renowned Thai filmmarkers and this year, they have specially designed a haunted house for us, right here in Universal Studios Singapore.

Universal Studios Singapore’s Halloween Horror Night returns with five haunted houses, two scare zones and two killer shows. And for the first time ever, the directors of blockbuster Thai horror films Shutter and 4bia, Parkpoom Wongpoom and Gunn Purijitpanya are taking part in our event by designing an original haunted house – Curse of the Naga.

It will take the centre stage this year, where the guests will be transported from the colourful streets of Bangkok to a lost village that is under the spell of the Naga, a snake spirit. This haunted house will definitely raise the bar for fans of horror movies. As for fans who would like to unmask the horror and secrets behind Curse of the Naga, they can opt for a daytime, behind-the-scenes guided tour with a top-up free in addition to daytime admission ticket.

Adding on to the list of ever-popular Asian-inspired horrors is The Chalet Hauntings, brought to you by Official Partner Traveloka. Singaporeans can relive one of the most commonly shared experiences of paranormal sightings in their teenage years.

The Chalet Hauntings will feature the event’s most extensive collection of Southeast Asian ghosts – from the mischievous Toyol to the bloodthirsty Langsuir. Yes, all in a single house. Be warned! This is not for the faint-hearted. The Chalet Hauntings plays one’s darkest fears with illusions that will trick the eyes and minds, raising fears and anxieties as guests unravel the mystery behind the disappearance of five teenagers.

Other exciting haunted rooms include Sinister Clowns, Eerie Dolls, Confined Spaces and Never-Before-Seen Morbid Death Metal Procession, which will all blow your mind off as well. Guests can also enjoy many of the theme park’s exciting rides and attractions during event nights.

Choose from 16 event nights, you can purchase tickets at www.halloweenhorrornights.com.sg. Early bird ticket sales will run from now till 1 September at S$65 (peak nights) and S$55 (non-peak nights).