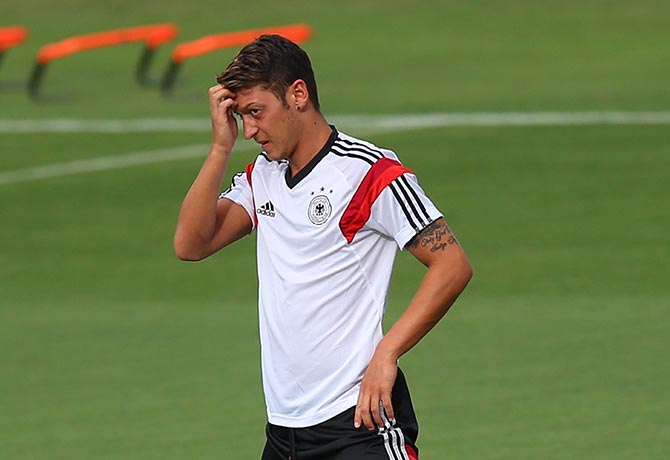 Big guns set for stroll… or not

Finally, the highly anticipated Victoria’s Secret Fashion Show has finally graced our screens with its fabulous runway show of sexy VS angels, glitzy costumes and performances by top musicians from the industry.

As with any fashion show, there’s bound to be some hits and misses. Focusing on the runway highlights for the evening, we sieved through the entire show to bring you some of our favourites. Ladies and gents, you can thank us later!

Wait, did we hear this correctly— This year’s Fantasy Bra is made of, not real diamonds but, man-made crystals?

Donned in this year’s show by Swedish model, Elsa Hosk— this bra is inlaid with 2,100 Swarovski diamond crystals and yellow gems, surrounding a 71-carat pear-shaped diamond in the centre of the brassiere, and took a full painstaking 930 hours to put together. How’s that for extra effort?

That said, this year’s Fantasy Bra is also the cheapest, costing only a million dollars, a far cry from its other more extravagantly priced predecessors.

Victoria’s Secret’s collaboration with Swarovski has been the talk about town, not just with the Fantasy Bra. This set of pristine ‘wings’ (more like halo, we think!) on model Romee Strijd is made up of more than 125,000 crystals and is this year’s heaviest set of wings. Though anyone who’s seen Romee strut her stuff flawlessly on this year’s runway wouldn’t have been able to guess otherwise.

Another collaboration we saw this year was with the queen of print, Maria Katranzou. Decked out in colourful floral prints from the designer, the look reminded us of those Chinese silk oriental jackets though. As seen here on Gigi Hadid and Winnie Harlow, we thought these outfits, as beautiful and vibrant as they are, kind of overshadowed the beauty of these models.

Running with the Scottish plaid trend, we saw a myriad of plaid-inspired outfits worn by the VS Angels, each with their own personality and finesse. We can all definitely agree that this year’s show was kicked up a notch by this collection! If I had to pick a favourite, it would be Liu Wen and the way she carried her outfit down the runway with that  je ne sais quois.

2018 marks the end of an era as we bid Adriana Lima adieu. The top model walked her final VS Fashion Show after 18 successful years as an angel and tearfully thanked fans and supporters as she took her final bow.

Since her first show with VS in 1999, she’s been a mainstay over the years, only missing one show due to her pregnancy in 2009. Some of her VS fashion show highlights include wearing the illustrious Black Diamond Fantasy Miracle Bra (2008), the Bombshell Fantasy Bra (2010), and the Dream Angels Fantasy Bra (2014).

Making her comeback to the runway is new mum, Candice Swanepoel. Looking still as sweet and boasting a killer sexy figure, it’s hard to tell that she’s a mother of two! Who says it isn’t possible to look even better after giving birth? She and Adriana Lima have definitely shown us that it’s possible.

Debuting on the VS Fashion Show runway for the first time is Winnie Harlow, who made her start in the industry on America’s Next Top Model. Victoria’s Secret is known to be more traditional when it comes to their selection of models, but with Winnie’s debut, it could mark a start for the brand’s movement towards more representation and diversity.

Remember Yao Mengxi? The model who took an unfortunate tumble during last year’s show got to redeem herself, rocking two different outfits from two collections, proving that this world does give second chances indeed!

A Chinese version of this article appeared here.