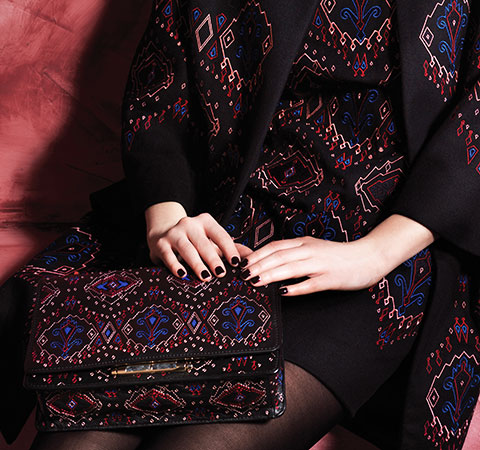 #NYFW: The Search For The Perfect Black Bag

Taking anything in excess has never been beneficial to anyone. The excessive intake of alcohol is no different, as copious amounts of alcohol could lead to Liver Cirrhosis.

What exactly is this medical condition and how can you protect yourself?

Liver Cirrhosis is a condition of severe damage to the liver that impairs its ability to function normally. In the United States of America, the most common cause of Liver Cirrhosis is chronic alcoholism, a pathologic condition resulting from the habitual use of alcohol in excessive amounts.

There are other causes of Cirrhosis, such as a chronic viral infection of the liver (Hepatitis types B, C and D), and a number of inherited diseases such as cystic fibrosis and Wilson’s Disease, a recessive gene disorder in which copper accumulates in body tissue.

If severe, Liver Cirrhosis may lead to liver failure and even death. In the Western world, Cirrhosis is the third-leading cause of death in people aged between 45 and 65 years old (after cardiovascular disease and cancer). It may also cause a dangerous brain abnormality called Portal-Systemic Encephalopathy (PSE), which may lead to a coma.

The scary thing about Liver Cirrhosis is that you may already have it, but the symptoms may have yet to bare its fangs. Most people suffering from this condition have no symptoms for years, while others may experience weakness, loss of appetite, malaise and weight loss.

When the liver is incapable of functioning normally, a blocked bile flow commonly occurs, causing the victims to suffer from jaundice, itching and fatty yellow skin nodules.

In more extreme cases and advanced stages of Liver Cirrhosis, people may also suffer from massive internal bleeding within the throat and brain abnormalities due to the accumulation of ammonia in the blood.

Although the condition of Liver Cirrhosis is irreversible, early detection and treatment will help to slow down the degeneration of your liver. Holland & Barrett has a few supplements which help in the treatment of those suffering from Liver Cirrhosis.

In one double-blind trial, a significant increase in survival rate was found in people with Cirrhosis who were given 140mg of Silymarin three times a day for approximately two years. Positive results were also found in a 12-month controlled study of adults with diabetes and alcoholic Liver Cirrhosis taking the same daily amount of Silymarin.

However, another double-blind trial found that 150mg of Silymarin three times a day for two years had no significant effect on the survival rate among alcoholics with Liver Cirrhosis. So, it is quintessential that patients suffering from Liver Cirrhosis adhere to the dosage guidelines strictly in order for the supplement to work its magic.

In addition to protein deficiency, Liver Cirrhosis is characterised by low blood levels of branched-chain amino acids (BCAAs) in relation to other amino acids. This imbalance may contribute to the development of PSE. BCAA supplementation could be a way to correct this problem, as well as to provide a source of needed protein.

BCAAs (isoleucine, leucine, and valine) represent a good protein source for people with Cirrhosis because they are less likely to induce PSE. A controlled study of protein-intolerant people with Cirrhosis showed that BCAA supplementation corrected abnormal protein metabolism about as well as an equivalent amount of dietary protein without inducing PSE as frequently.

In a small double-blind trial, people with Liver Cirrhosis taking five grams per day of BCAAs had significant improvement in their ability to process protein.

Therapeutic effects of oral BCAAs have also been shown in children with liver failure and in adults with Cirrhosis of the liver without PSE. Overall, it appears that BCAA supplementation does not always help in Cirrhosis, but some people with and without PSE may benefit.

A qualified doctor must closely supervise such BCAA supplementation.

Prevention is better than cure

At the end of the day, prevention of Liver Cirrhosis is the best form of treatment, as a cure has yet to be discovered. Do remember to take all things in moderation. Should you be suffering from alcoholism, do seek professional help and remember that a healthy liver means a healthier and longer life for you.

Holland & Barrett supplements are available in all Holland & Barrett outlets. Items may be subject to availability. Visit www.hollandandbarrett.com.sg for more details on promotions and store locations.