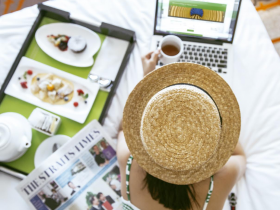 February is the month of love. Bring your partner to the cinemas, sit back and relax to a good movie!

Wu Renyao, a young motorcyclist performing stunts on a dock, with his clumsy father, Wu Renteng, who’s barely visited him over the years; Zhou Huansong, a restaurant waitress dreaming of living in a big city, with her dramatic but earnest brother, Zhou Huange… Such are some of the characters caught up in the nexus of fate. Both wanting to become the opposite of their closest family member, Yao and Huansong try to support each other while remaining independent, but miscommunications haunt their relationship. Driven by the changes in their lives, Yao and Huansong leaves their hometown to tour the big big world on a journey of unpredictability, filled with love and departures, amusement and sadness.