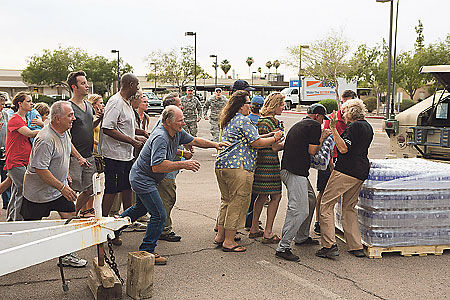 Although the tournament is well known to feature giant-killing, where larger and more prestigious clubs sometimes fall to minnows, this weekend’s fixtures will not showcase any of this.

Nonetheless, be prepared for exciting matches that will be key indicators of the teams’ mettle in the home stretch of the league.

The big fixture on Feb 15 will most definitely be Manchester City hosting Jose Mourinho’s Chelsea at the Etihad Stadium. Manuel Pellegrini’s “Citizens” were the only ones who maintained a 100 per cent record at home in the league, with zero defeats, until Mourinho came along.

The Portuguese masterminded a close to perfect display at the Etihad to end Manchester City’s excellent record at home in the league. Although the score line reflected a lowly 0-1 in Chelsea’s favour, it was not your typical Mourinho one-goal victory.

Contrary to what people know about Mourinho’s style of play, which is to grab an early goal and defend to the T, the Chelsea that has been rejuvenated with new transfers this January window took the game to the home side and got double the amount of shots on target than the home side. Clearly, the sale of Juan Mata has not dampened Chelsea’s approach to the game.

Nemanja Matic was undoubtedly crucial to the match, playing a fantastic game in front of the backline and routing talismanic playmaker Yaya Toure’s usually fluid movements. This upcoming FA Cup tie will be a good opportunity to see if Manchester City has the mettle to bounce back as they seek revenge against the Blues, once again on Etihad ground.

The next huge game will fall on Feb 16, when league leaders Arsenal take on Brendan Roger’s Liverpool. It looks set to be a pulsating game of football, with red-hot striker Luis Suarez ready to show why he’s the league’s top scorer.

Arsene Wenger, with a questionable loan of Kim Kallstrom from Spartak Moscow, will be looking to answer a lot of questions, especially about how his team performed at Anfield in the recent drubbing they took, losing to Liverpool 5-1.

As usual, Arsenal’s form comes under question, with injuries plaguing the first team and the players looking lethargic and nonplussed. This match revisits the same fixture held just a week ago.

Hopefully, it will be a more positive score line for Arsenal. A team at the top of the league, at least before the last game, should not have played the way they did.

Will Arsenal surrender this year’s trophies to the other giants?