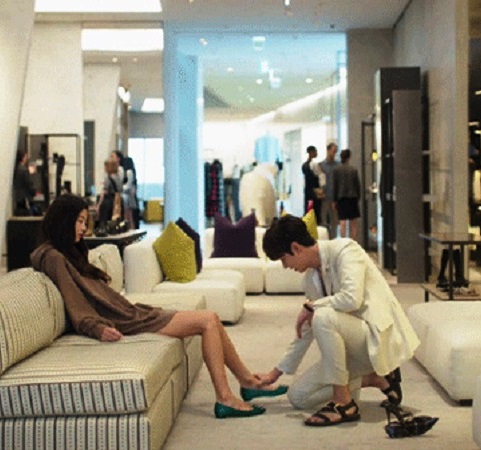 10 Reasons “Legend Of The Blue Sea” Is Your New DOTS

In celebration of Alien Day (yes, it’s now a thing) on Apr 26, Reebok is bringing its “Alien Stompers” back to Earth.

The high-tops were seen on actress Sigourney Weaver, who played the iconic alien-terminator Ellen Ripley in James Cameron’s 1986 film Aliens. Back then, the shoes were custom-designed for the movie, and had an extremely limited release.

Now, according to The Hollywood Reporter, Reebok is releasing an exact replica of the high-top Alien Stompers worn by Weaver. A mid-top version, worn by Lance Henriksen as the android Bishop, will concurrently be released.

Want one? The sneakers will be available from Apr 26 at Reebok.com and select Reebok stores worldwide.

These are not the only treat for Alien fans. Weekender understands that Fox is unveiling a whole line-up of Alien-related merchandise for Alien Day.

The date, Apr 26, is derived from the Alien planet known as LV-426, where the xenomorphs were first discovered in the first film. Other classic films have had special days and merchandise declared in their favour, such as Star Wars’ May 4 and Back to the Future’s Oct 21.

Here are more notable merchandise being released for Alien Day, reported by comingsoon.net: