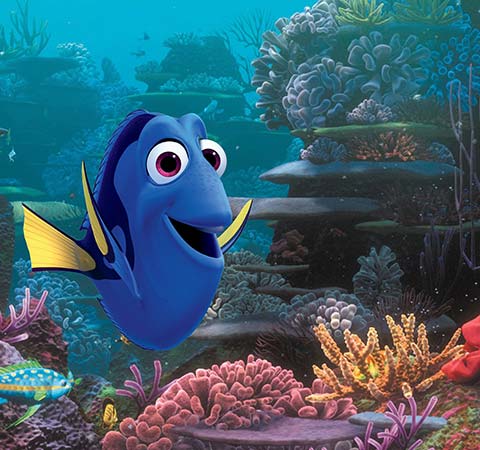 Must Watch: From Finding Nemo To Dory

Brad Pitt stars in a Zombie Apocalypse movie with a slight difference, pitting the mindless creatures against armed forces and humanity on a huge scale

On an ordinary day, Gerry Lane (played by Brad Pitt) and his family find their quiet drive interrupted by urban gridlock. An ex-United Nations investigator, Lane senses that this is no ordinary traffic jam.

As police helicopters buzz the sky and motorcycle cops careen wildly below, the city erupts into utter chaos.

Something is causing hordes of people to viciously attack each other: a lethal virus that is spread through a single bite, turning healthy humans into something unrecognisable, unthinking and feral.

The origins of the virus are unknown, and the number of the infected grows exponentially larger each day, quickly becoming a global pandemic. As the infected overwhelm the world’s armies and rapidly topple its governments, Lane is forced to return to his dangerous former life to insure the safety of his family, leading a desperate worldwide search for the source of the epidemic and a means to stop its alarming and relentless spread.

From Page to ‘Reality’

World War Z began as a post-apocalyptic horror novel by Max Brooks called World War Z: An Oral History of the Zombie War, written in first person and consisting of individual accounts from those who experienced it.

Says Pitt, “Max’s book treats the zombie genre as a global pandemic, spreading much like we’ve witnessed viruses such as SARS travel. What happens when this jumps the fire break… What happens when everything we concern our days with is rendered useless? What happens when power structures and societal norms are obliterated? How will we survive?”

The vast scope of the story also intrigued Producer Jeremy Kleiner, who was familiar with Brooks’ work, having read his companion book or field manual, The Zombie Survival Guide.

However, the novel’s multi-person approach did not appeal for a motion picture screenplay. Ultimately, the filmmakers opted to tell the story through one protagonist but also endeavoured to maintain the essence of the themes and plot points that riveted them.

“Zombie movies” have become their own genre and are currently enjoying a popular renaissance. Director Marc Forster believes there is a thematic reason for their resurgence and many zombie hallmarks resonated with him and drew him to the project.

“I find zombie movies fascinating in that they were popular in the 1970s, at a time of uncertainty and upheaval in society. And now when we are again living in a time of change and skepticism, zombies are popular. They’re such a great metaphor – representing a sort of unconsciousness and hold a mirror to what’s happening in the world,” Forster muses.

“For me, ‘World War Z’ is intense and real and fun…also non-stop, epic, scary and, I hope, ultimately satisfying,” adds Producer Dede Gardner.