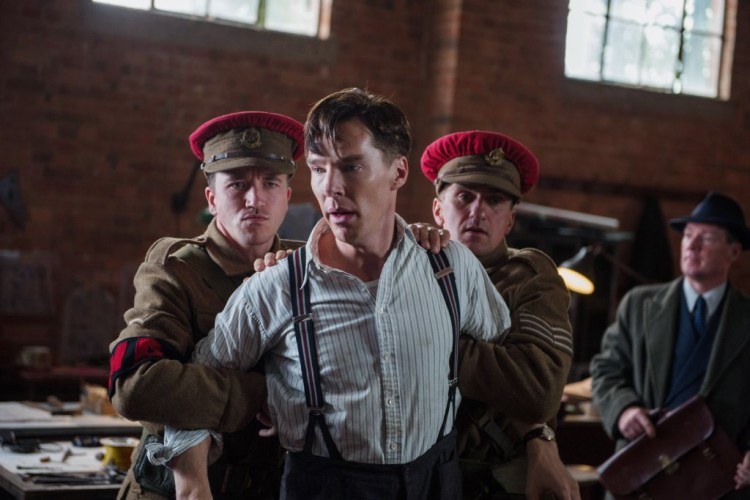 Real-life heroes of The Imitation Game

Robert Pattinson has a way of surprising. When the world was still reeling from the effects of Twilight, this English actor turned around and bit the franchise in the neck with scathing criticisms.

Now, he sheds his clean-cut Cullen image for untidy stubble and a loose, blood-soaked tee in The Rover. Yeah, we never thought we would see him sparkle as any other character either – but his performance in David Michôd’s latest feature shows otherwise.

It’s the dusty outback of Australia, ten years into the End of the Western Economic World As We Know It. There is no law, no society, and no government; just dust and desperate people with nothing to lose.

Eric (Guy Pearce) is a man who has lost everything except his car – until it gets stolen. Manically pursuing the rotten burglars, Eric is forced into a tense partnership with one of them, the injured Rey (Robert Pattinson), left for dead by his band of thieves.

The End of the World doesn’t always roll in with big evil bots or zombie hordes. It’s a classic Western set in the apocalypse, but not in the zombies-versus-cowboys fashion you might expect.

The Rover depicts the more likely – and more fearsome – collapse of humanity as exactly that: the collapse of humanity. In this post-economic wasteland where object value and human values are stripped to the bone, empathy and sympathy are dead languages of a lost civilisation.

And unlike the commonly-depicted apocalypse as devoid of human life, The Rover is swarming with it. In a parody of globalisation, people of all races flock to Aussie shores, hungry and greedy for resources and ready to blaze a trail for it – literally.

The characters Eric and Rey are perfectly-delivered victims of this circumstance. Eric is a veteran to pain, having lost his family and most sentimental possessions. Gunshots, explosions, vehicles tumbling in the dirt – these are nothing more than a dull daily hum to Eric. The not-so-grand theft auto, however, rips open old and new wounds that require more than bandages to heal.

Enter Rey, a naïve American youth born and bred in the apocalypse, to whom violence is routine. Now, he is thrown into new turmoil, coerced into being a bargaining chip against his own family and friends.

Needless to say, our anti-hero Eric develops an emotional attachment to Rey, and begins to recover some semblance of sympathy. And as long as there is hope in humanity, humanity has hope. Right?

How Deep is the Love?

But questions arise as tensions between the characters hit mercurial levels. Eric patches up the bruised Rey, but is it lined with sympathy or self-serving vengeance? Undoubtedly, most of Eric’s loyalty lies with his true dearly beloved, his car.

He does develop a heartfelt connection with Rey eventually, which comforts us to know there is still humanity despite its collapse.

Then there is this whole issue with the car. This could be read in many conflicting ways: is it heartwarming that Eric is committed to chasing down and gripping onto every last thread of the past? Or is it problematic that what Eric ultimately obsesses over is the object, and not so much what it represents?

If it makes a difference to the dilemma, here’s a very helpful quote from Rey: “Not everything has to be about something.” We’ll leave the final judgement to you folks.