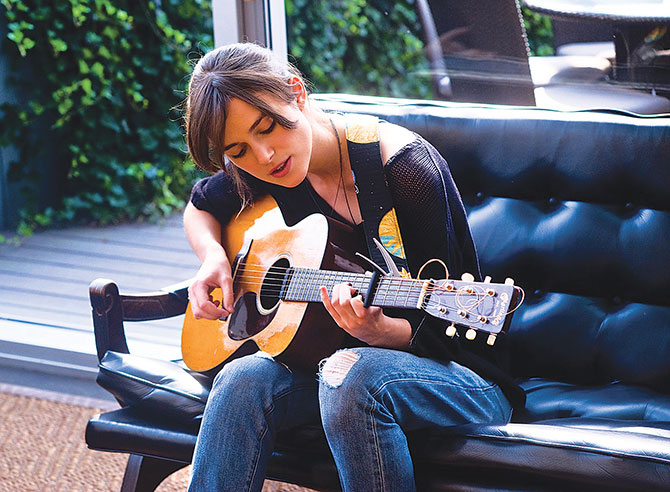 Begin Again: Can a song save your life?

Another film about Superman, Man of Steel is an interesting take that goes back to its roots yet with a different look

A young boy learns that he has extraordinary powers and is not of this Earth. As a young man, he journeys to discover where he came from and what he was sent here to do.

However, the hero in this youth must emerge if he is to save the world from annihilation and become the symbol of hope for all mankind.

Henry Cavill, of The Tudors fame, plays Clark Kent or Superman. This is an odd choice, choosing someone who cannot be more Brit to play an all-American hero. The film also stars four-time Oscar nominee Amy Adams (who is another unusual choice considering her previous roles in films such as Enchanted and Night at the Museum 2) as Daily Planet journalist Lois Lane.

Veteran actor Laurence Fishbourne is her Editor-in-Chief, Perry White. Martha and Jonathan Kent, Clark Kent’s adoptive parents, are further surprising choices. The evergreen Diane Lane and Kevin Costner are back on screen again as the earthly parents of Superman.

Apart from the cast, Man of Steel promises to be uniquely different yet still an epic with Director Zack Snyder of 300 and Watchmen at the helm.

Squaring off against the Man of Steel are two other surviving Kryptonians. The villainous General Zod is played by Oscar nominee Michael Shannon, whose acclaimed film about the hit man with the highest body count, The Iceman, is yet to be released here. Faora, Zod’s evil partner, is played by Antje Traue (of the upcoming film, The Seventh Son).

The aspect of the home planet of Krypton and its benevolent and malevolent Kryptonians have always held a mystical hold on viewers. It is interesting to see how these Kryptonians are portrayed as compared to that of previous editions.

This crew and their experience mean a new and different look for the characters and the film, compared to the previous incarnations. In fact, Man of Steel might be the sexiest Superman film yet.