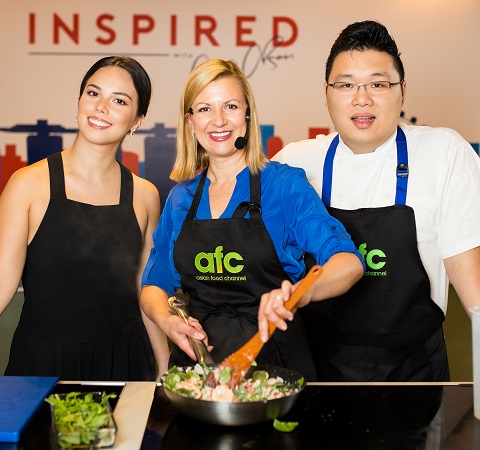 It’s a game of shadows with Agent Jack Ryan’s latest incarnation, and it involves a stellar cast

Espionage and conspiracy, a web of lies and deceit – that’s just a little taste of the most recent incarnation of the latest Agent Jack Ryan film, Jack Ryan: Shadow Recruit.

Imagine uncovering a plot that threatens to destabilise your entire nation. Moreover, what if there’s no one to turn to because everyone you trust is actually in on the conspiracy?

If you’re able to find a solution, you might actually be on par with Tom Clancy’s renowned character, Jack Ryan.

The latest film in the Jack Ryan series is not an adaptation of a Tom Clancy novel but an original adaptation of the famous character.

Jack Ryan, played by Chris Pine, looks like your everyday white collar worker but he harbours a dark secret that even his fiancée, Cathay (played by Keira Knightley), does not know about.

Jack Ryan was enlisted into the Central Intelligence Agency (CIA) years ago, as a brainy analyst who only had to crunch
global data.

However, his foray into the agency uncovers a meticulously-planned scheme to collapse the US economy and spark global chaos.

Without sufficient intelligence at hand, he is promoted to the rank of Field Agent, and that’s when things start to get exciting as he’s posted to Moscow to be on the ground.

He becomes the only man with the skill set to stop this massive terrorist plot.

Jack of all Trades

The action-packed and thrilling tales of Jack Ryan made their print-to-screen debut back in 1990 with the movie The Hunt for Red October, starring Sean Connery and Alec Baldwin as Jack Ryan.

The franchise continued, with Harrison Ford portraying Jack Ryan in the next two films, Patriot Games and Clear and Present Danger. Ben Affleck took over the role in the last film, The Sum of All Fears.

After more than a decade, and much accolades and acclaim for the films and character, the fifth instalment will capture a reality that resonates even more with movie-goers of today, given the conspiracy theories and espionage leaks that have been prevalent in our society in the past decade.

OTHER FILMS & ACTORS AS JACK RYAN