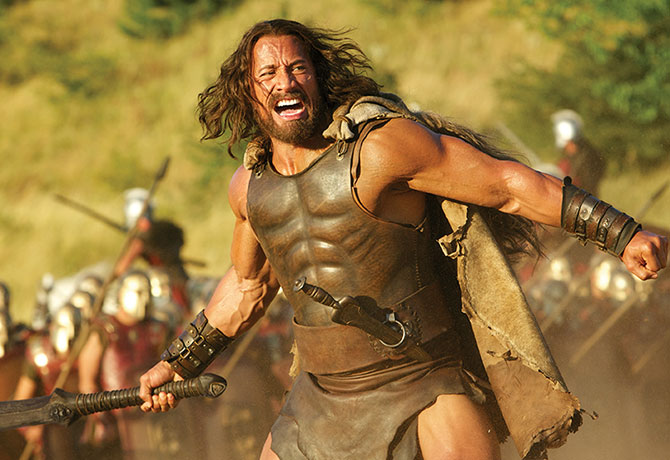 The Rock is Hercules

With the latest Hobbit instalment coming up, legendary composer Howard Shore took to Reddit for a live Ask Me Anything session.

Shore was responsible for the bulk of the soundtrack accompanying the entire Tolkien film universe, including the tear-jerking score when Gandalf sacrifices himself for the Fellowship:

Here’s a snippet of the best questions asked on the thread.

How did you put together the Middle Earth score on such a grand scale?

It’s a step by step process, and you begin with the words, of Tolkien’s great stories, his books to work with, and you have Peter Jackson’s great imagery, but I always start with the words and ideas inherent in the story. And I start writing themes and motifs trying to create a mirror image of what Tolkien wrote.

The process that I went through for writing the score was very much a journey… We didn’t go in with a complete plan for the work… the story GREW in the telling, the piece evolved as you were working on it.

I started in the Mines of Moria, and then I wrote my way out of the mines to Lothlorien, and then I would back up and go back into Rivendell, and so it was this step-by-step accumulative process.

There are over 100 themes and leitmotifs in the story that are used musically.

What thoughts and muses go into composing music for you?

I like to read. And to read and dream.

So I use that process, what I’m trying to do is get into my subconscious when writing music about certain subjects. So I use that type of technique, where I’m reading, and dreaming, and thinking about music in a very internal way, and then I go about the process of composition, of harmony and counterpoint, I write with pencil and paper and have been doing that since I was 10 years old.

So that’s the beginning of the composition process.

Once I have compositions I like, I start applying them to different scenes of the film. And then I’ll orchestrate – what will realize the composition – and then there’s a process of recording, which is performance, conducting, mixing, mastering.

Have you composed music for other Tolkien works that wasn’t used in the films?

There are concert version of a LOT of the music I’ve written for the Trilogy. There are concerts coming up at Lincoln Center in New York in April for the complete trilogy, all of the works from LOTR.

Which of the scores is your favourite?

(The final title of “The Destruction of Mordor” is “The End of All Things”. Listen to it here!)

When did you feel the proudest about your work?

I think at the very beginning, when I first met Peter and Fran Walsh, and saw some of the film in New Zealand, I felt it was something really special that was being created. And then after winning the Oscar for Fellowship, and I knew we had 2 more films to make, and we were really onto creating something that could have a real, lasting part of filmmaking.

I’ve been listening to a classical guitarist named Milos. He’s from Montenegro, and he records for Deutsche Grammophon, and I find his recordings very inspiring.

I love Mahler and Strauss, so it’s hard to pick one. I mentioned a few contemporary composers which I think are great – Niko Muhle, Christopher Rouse, John Corigliano… I’m enjoying Shostakovich’s 8th Symphony right now. And I’m always interested in and enjoy Wagner.

Are your dreams accompanied by orchestral symphonies?

Yes. When you write music, you actually dream about it. You can see the pages going by in your sleep.

What’s your favourite kind of pizza?

Going to catch The Hobbit: The Battle of the Five Armies this weekend? Not before you read what the cheeky cast has to say behind the scenes! And find out the best places in New Zealand to blast some Howard Shore at. (But don’t actually blast the scores.)